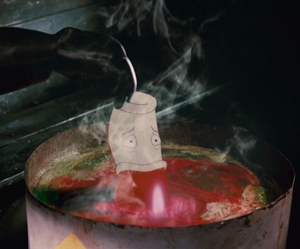 Jeez...
Who Framed Roger Rabbit was a subtle deconstruction of cartoon antics and the idea of toons and humans living with each other, even as it popularized the latter idea, so there's quite a bit in the film that's just a bit uncomfortable, even when it's also funny. And that's when it wasn't going for horror outright...