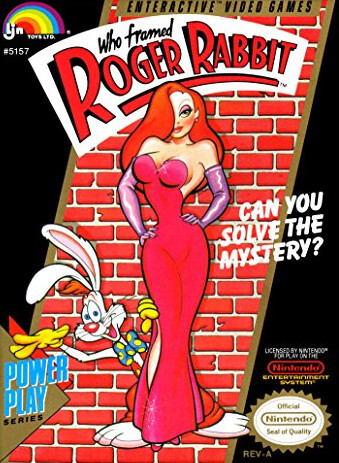 Who Framed Roger Rabbit is 1989 top-down / side scrolling video game for the Nintendo Entertainment System and the Game Boy. It was made by Rare and published by LJN Toys for the NES and made/published by Capcom for Game Boy and is based on the popular Disney movie of the same name. The player controls Eddie Valiant while Roger Rabbit is controlled by Al-Computer. In Japan, Kemco also did a Who Framed Roger Rabbit game for the The Famicom Disk System (which was later re-sprited and palette swap to The Bugs Bunny Crazy Castle in USA).