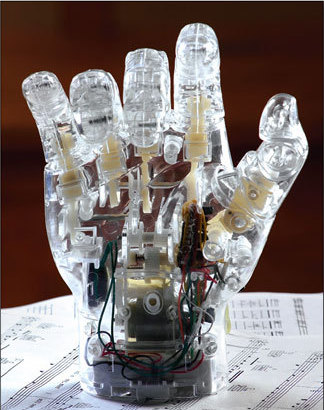 MikeNnemonic is a YouTube Let's Player (or former Let's Player, anyways) and a Streamer on Twitch.tv

. He was known for his LSD: Dream Emulator Let's Play as well as some videos like "The Trip Nnemonic".

As a note, after a run-in with an admin on Hitbox, Mike's gone back to using Twitch.

. He went back to Twitch after an incident though that got his account banned.

During his streams, he usually plays games while interacting with a cast of characters, whether they're chat regulars or fictional characters who are Running Gags. His streams are usually on during Fridays and Saturdays (and very rarely, on Sundays), unless some event or complication arises that prevents him from streaming.

Many people go to his streams due to his commentary and he is enough to make even a bad game silly and enjoyable. When he's not streaming games, with the help of some chat regulars he can find some videos that range from awesome, nasty, to Cringe Comedy. He is also very prone to using Viewer interaction, hence why most of the regulars are very known there.

Mike has been away from home due to his new trucking gig, so his streams aren't as consistent. UPDATE: Mike quit his old trucking job for a more local one meaning he'll be around everyday so streaming will become more consistent now.

You can also put in tropes related to other Chat Regulars streams and not just Mikes.

Aside from Mike, some of the regulars who attend his streams also have their own streaming channels.

Due to the Ambush Bug banning incident (and also because Twitch is a shitty site), most stream regulars moved to Hitbox (which seemingly is also going down the drain): They can be found here: Spot's

Those still on Twitch (at least for now) can be found here: Glack's

There is now a chart for the other streams

Games Mike has played
(Need help filling this up)

Tropes mainly related to the other streamers