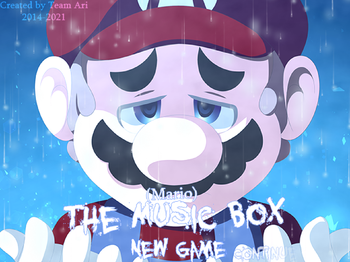 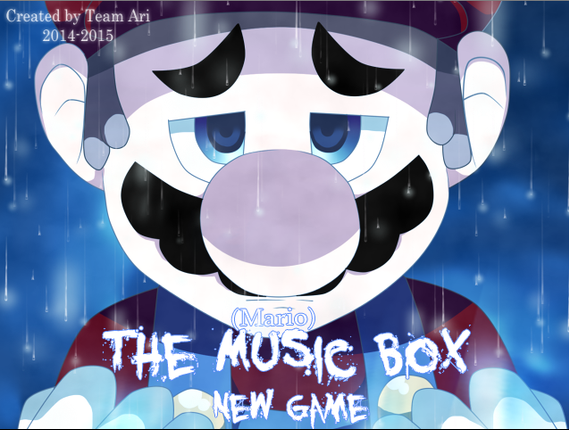 Have some brown overalls and some handkerchiefs on standby. You really might need them.
"Ever heard of 'Curiosity Killed the Cat'?"
— Arc Words
Advertisement:

The colorful world of Super Mario Bros. is one where Mario and Co. venture off to engage in light-hearted and wacky shenanigans with friends and foes alike. This game, however, is none of those things mentioned above. This game is what happens when you take Mario out of the happy-go-lucky Mario Universe and throw him into a game the likes of Corpse Party, The Crooked Man, Mad Father, Misao, and The Witch's House.

is a fangame created by Team Ari (led by Creator Couple Jessica "CorpseSyndrome" Marcec and Chloe "ogniK" Marcec)invoked, starring Mario as he ventures out to an abandoned home that's been close to the Mushroom Kingdom for over a century. People have gone inside it before, but none have returned. Princess Peach was also supposed to come along for the ride to investigate, but Mario left her behind for her own safety. Soon after making it inside, the plumber comes across a quaint little music box that was playing by itself. Little did he know, the "harmless" music box would trap him inside the house and set off a series of events that would serve to utterly break and terrify him every step of the way while also trying to get him killed. As a horror/puzzle/survival game, it tests the player in a way where one little thing could lead to a nasty, Gorn-filled Game Over.

, was released, which takes place during the "Missing" ending route of the original game. There, Mario continues his escape from the mansion, but finds out more about the history of the abandoned town it overlooks. When memories of his past begin to surface, Mario realizes that he may be more connected to the town and its history than he knew. Mario may choose to follow either the "Insane" or "Sane" path, depending on the first decision he makes. Both paths have a variety of endings depending on decisions made through the game. Later, the Wonderland DLC was released, serving as an extension to the original. A Remastered version of the original game was also released, with an addition of 4 new endings, and a final ARC DLC, Delirium is undergoing development.