This is a list of people and characters (chat users, stream characters, trolls, whatever) in Mike's

In need of non-RUC related tropes.

"Hey Hey Hey! It's me Mikennemonic!" 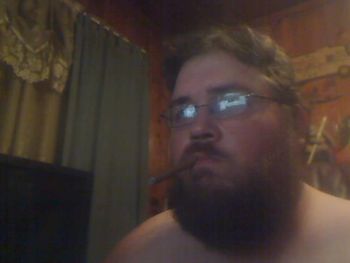 "Why are you people here?"

The man of the hour, Mikennemonic is a 30 something man from Texas who does streams on the weekend to entertain everyone. His streams bring up a lot of bizarre and unique people to watch the fun, even if he believes he is boring.

Or rather calls herself "Bernkastel". In reality, she ain't the actual "Witch Of Miracles" but a chat regular who appeared during mid 2012. At first she had a small impact in the community but over time as she got more active, she was quickly noticed by Mike and was made the Butt Monkey for a while.

The main moderator of the Chat, Hatter displays sanity to the already batshit insane chat Mike attracts. She is level-headed, mature, and is known to ban or TO people who bother the chat or Mike without a second thought.

From Denmark, Soviet Steve is a man who appeared in Mike's chat as "Istvant" but later as "The Soviet Steve". He is proud of his communist nature and despises capitalism and Christian Weston Chandler with a passion. He also makes sex puns.

A chat user who also happens to be one of the non-Mike streamers. He was the first to set up a streaming schedule. His avatar is, well, obviously, Ambush Bug.

dicks. That is all.

A friend of Steve and Mikes and an L Per.

Old Friend: To Mike and Steve to the point where they guest starred in his own Let's Plays.

A user in the chat who, whenever has nothing to say, sends faces instead. :T (=ↀωↀ=)✧ :V :Y or whatever. Is also a non-Mike streamer; is the second to have set up a schedule. Also made the fangame, Crashoclypse: Liberation.

A chat regular who is often associated with the Pyro from Team Fortress 2.

A happy traveling clown who can somehow traverse continents within a short span of time.

A Red Bear and a known lurker who is fond of trains and steam fuel. Also, he has a tree gun.

A chat user who used to roleplay as Garry from well... Ib. He is commonly seen as a pedophile.

A chat user and non-Mike streamer from Mexico who has a very fancy accent. Is the third to set up a schedule.

A sorta newcomer to the streams R Ping as Reisen Udongein Inaba from Touhou Project. Also she is fond of emoticons. She made her first appearance posting numerous disparaging comments on the RUC wiki, and started coming to the streams afterwards.

As his name suggests, he's a chat regular who is known to think in all sorts of things "logical". He loves two things: Arguing and Penguins.

A Roleplayer who takes on the persona of Undertales Gaster.

The awesome badass magical flying dog of Japan who has a penchant for grabbing cakes, eating sweets, kicking ass, and saving lives. He is pretty much the mascot character of the streams.

His "real" name is Cinnamoroll of Sanrio. 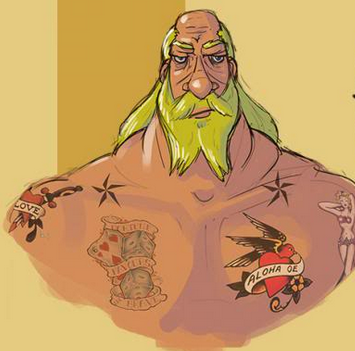 The muscle bound disciple of Jesus Christ. Jebs has a wide variety of magic and physical strength that makes him very formidable. Jebidiah is also a wrestler and was once a prisoner in a jail, all of which caused a lot of death and hilarity with him around. He has literal god mode on.

From Mutant League Football, McWhimple is the coach of the Sixty Whiners. His team is so bad that mcWhimple accepted and even expects to lose all the time in his team considering it's the worst team in Mutant League. He is also very pessimistic and is abused by his wife.

A brony DeviantArt user who caught Mike's eye. He has a fascination of crystals, hand growth, hospitals, and his best friend Roger. Some of this disturbs Mike but after a while, he found it interesting.

Like his name suggests, Fat Swordsman is a morbidly obese swordsman who has his own Youtube channel. Also called Bbilly K or Will Keith, he has been known to destroy water bottles and other stuff with a variety of weapons, mainly swords like his name suggests. He tends to yell at his cameraman.

An Italian Chuck E. Cheese character. Reminder: Pasqually's pizza is best pizza. Despite his Italian heritage, he is still a proud American. 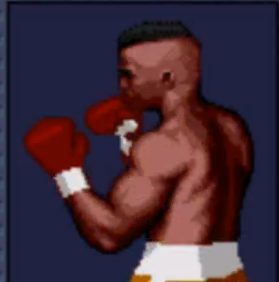 "Come on and fight you whimp!"

A black boxer from Evander Holyfield's Real Deal Boxing, who is also Bern's most fearsome rival, after an incident over an anime DVD.

The second "beast" in Mikes streams, LA Beast is a competitive food eater who is known to challenge himself with eating odd, disgusting, and dangerous foods as well as do stupid stunts all in the name of being competitive.

The Netherworld Prinnies from Disgaea have been prominent in Mikes streams ever since he streamed Prinny 2.

A supposed gimp Bern owns. Appeared in some of her "Dewdiepie" Fanfictions.

A wrestler in Wrestling Revolution who works for Lucha Libre Wrestling. Dick Swagger quickly became Jebidiah's rival during his wrestling career due to his overconfidence and huge ego.

Your friend. From Argentine.

Tropes related to the Centaur...

A superhero who runs to people aids...to give them pepsi.

No need to explain who DSP is. The streamers at times watch his videos for Cringe Comedy.

One of the many stream characters who didn't appear in Mikes streams.

The generic trolls are trolls who don't really have a set name. They usually just come in the chat to threaten everyone and overall just act like dicks.

Some guy who threatens to kill Bern for liking Watch Dogs

. Most of his messages consist of "FUCK YOU WATCH DOGS AKA DEVIL DOGS WAS MADE BY DEVILSOFT TO STEAL YOUR MONEY!!!!" except much longer. Has since been rehabilitated and is a mayor in his own city, but is afraid of snapping back to his old ways.

Unlike the other trolls, Zuzzy doesn't threaten or insult Bern. Instead he exhibits a very creepy crush on her and talks about how much he loves "Kangaroo ass."

A troll who takes on the persona of Kurt Angle. He seemed to be affiliated with the RUC in his first appearance, but branched off into his own thing afterwards.

A more recent troll, seen more as part of the "Villains" in the Nnemonic villains. A Voodoo Witch Doctor who wants to experiment on Mike and the entire stream with his magic.

The newest villain/troll to appear in the streams. A hyper-masculant, egotistical, self proclaimed Internet celebrity and supermodel, he keeps on going to Mike to get his original account unbanned and threatens to flex his muscles or send his "Fangirls" after him.

Another Wrestling related troll, this time of The Mountie. Despite being a troll who tries to capture Mike and company, he usually stands up for them.

Tropes related to The Mountie

An... odd troll who is apparently the Plague Doctor from the infamous "11B X 1371" video. Not much known is about him other than he speaks in Binary.

The most infamous (and pretty much the predecessor to the other) troll(s), which started with a user named Fat_albert1 acting like a jackass and getting banned for it.A large group of Anonymous-esque Internet trolls( Most likely just one troll with multiple alts though. who try and derail the stream because they believe everyone is a "Demon" and must be purged. They seem to be a bunch of bizarro versions of popular cartoon characters like Felix The Cat, Popeye the Sailorman, Alf, Garfield, and the Noid. Not in any way related to the characters that are "in the clan" despite how they look and named.

Tropes related to every RUC member

& Serious Business: Treats every little thing in a serious context, even some of the more sillier stuff on their own wiki.

One of the most notorious members of the clan. At first he started out as a Fat Albert roleplayer with a few jackass slippages here and there but over time he grew obsessive over wanting Bern banned and/or dead and was eventually banned. He tried to disrupt the streams himself but now he got the entire RUC with him and even then, it still ain't working.

The supposed leader of the clan.

The "strategist" for the clan and Popeye's best friend. Ironic how the RUC sees him as a hero despite him being the villain from Aladdin.