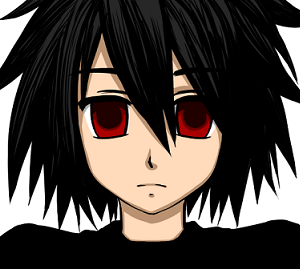 Otachi Okage Ookami-Shirogane, the only known Woof Woof.
"this a story abbot if ichigo was dating my oc otachi and they both get turned into mew mews but he is a woof woof not a mew mew. He is a wolf fox (folf)"
— The immortal opening words.

Woof Woof Power, by AgreeableDragon, is a Tokyo Mew Mew fanfiction, which aims to retell the first half or so of Tokyo Mew Mew with an extra character taking Masaya's place. This, of course, doesn't go well, but at least the result is hilarious.

or here on FanFiction.net

. Meanwhile, a dramatic reading can be found here

, and a companion version with hilarious MS Paint drawings can be found here

Many of the tropes that apply to Tokyo Mew Mew also apply to this story. IN SPACE! AND IN THE PAST! AND IN THE OCEAAANNN!~