Fanfic / Off to the Races 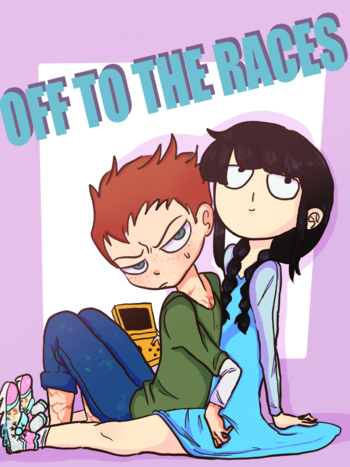 What if Mob was a girl... and was raised by Suzuki Touichirou... wait, don't go!

Off to the Races

is a Mob Psycho 100 Alternate Universe Fic fanfic by Green_Kneesocks

in which a Gender Flip version of Mob is adopted at the age of two by Suzuki Touichirou…and then the rest of her life ensues.

Watch as Mob grows up in Claw with Sho for a brother, Suzuki Touichirou for a father, and the Ultimate Five as her best friends. Hilarity, pain, and copious amounts of angst ensue.

Off to the Races provides examples of: