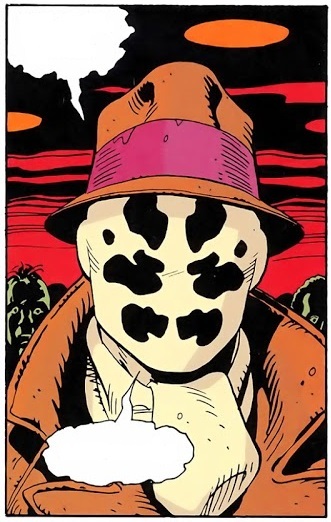 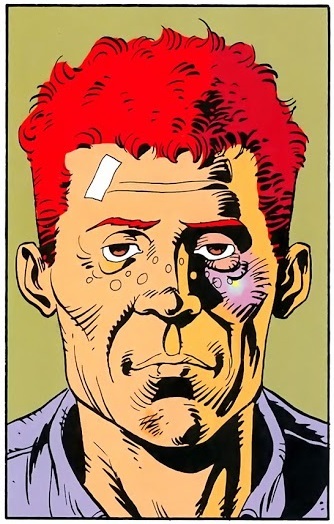 "This city is dying of rabies. Is the best I can do to wipe random flecks of foam from its lips?"
"The accumulated filth of all their sex and murder will foam up about their waists and all the whores and politicians will look up and shout 'save us'... and I'll look down and whisper 'no'."
Advertisement:

The only non-government superhero still active as of the beginning of the book, Rorschach is a ruthless, disturbed vigilante who believes the world to be falling apart around him. He speaks in fragments and lives like a bum, having devoted his life almost entirely to fighting crime — and it's his devotion that allows him to pick up the trail of a man's mysterious death...

Back to the main Watchmen character page.