Huey's best friend in the comic strip, but is glaringly absent from the animated series. He's a smart-mouthed black kid from Brooklyn, New York City who chats with Huey about everything from politics to pop culture (mostly the latter, as they have a shared hatred of bad black media).

Uncle Ruckus (No Relation) note "Uncle Ruckus" is his actual birth name. He adds "No Relation" to distance himself from his hated father, Mister Ruckus. 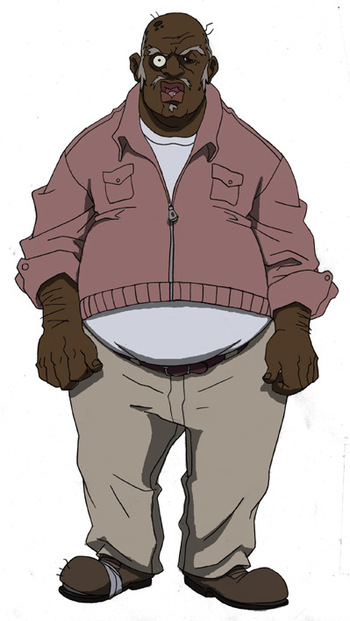 A fat and old black man who seems to work in every conceivable low-wage job. Despite his ethnicity and being perhaps the darkest-skinned character in the show, he is also a loud-mouthed white supremacist. He's incredibly petty, and cruel, and the stereotypical "Uncle Tom." 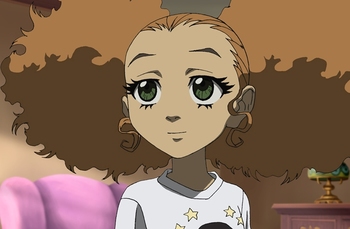 The biracial daughter of Tom and Sarah DuBois. While Huey finds her to be naive and annoying, she becomes one of his only friends. 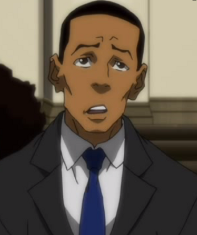 A black man who "acts white" as much as possible: He's an Ivy League-educated attorney, married to a white woman, and has no "ebonic" accent. A genuinely Nice Guy, but also a big pushover. 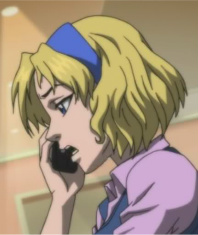 A white woman, who is Tom's wife and Jazmine's mother. Her marriage with Tom gets strained because of politics (in the comics) and his phobia of rape (in the show). She's also the least seen member of the DuBois family.