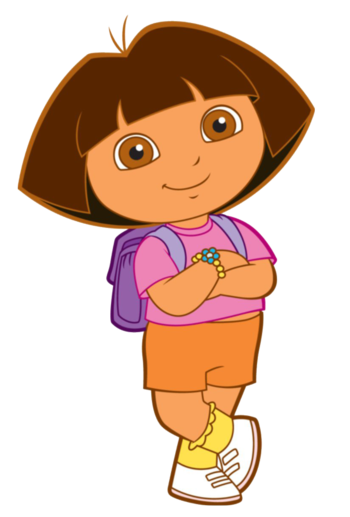 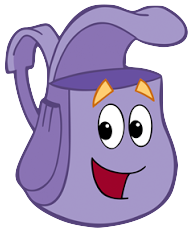 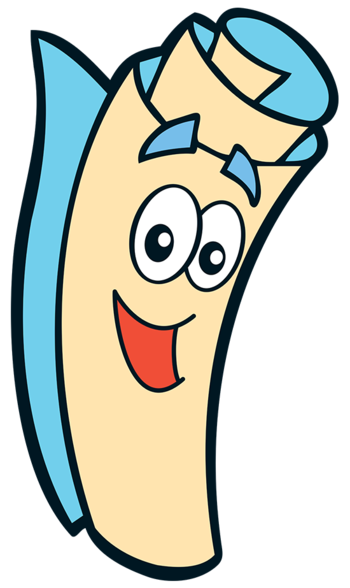 Voiced by Marc Weiner
He has his own pocket in Dora's Backpack and is...well, it's pretty self-explanatory. 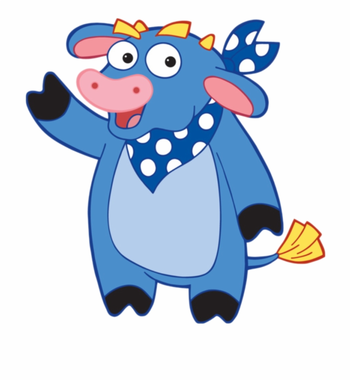 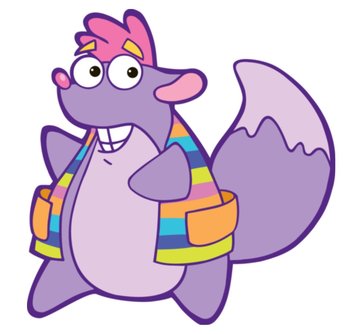 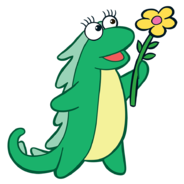 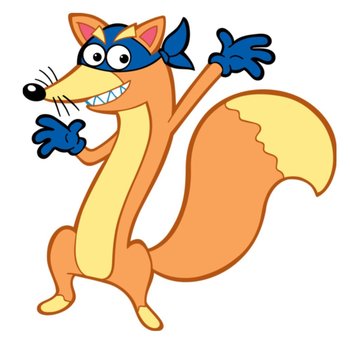 Voiced by Marc Weiner (series), Benicio del Toro (Dora and the Lost City of Gold)
The closest thing the series has to a villain. He is a teenage fox who tries to steal and hide things from Dora. 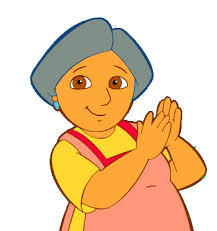 Dora's younger siblings, who are twins. They were born in the series and can now sit up, making them about four to eleven months old (as no more than a year has passed). 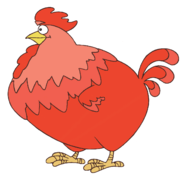 A giant rooster who likes to party.—- 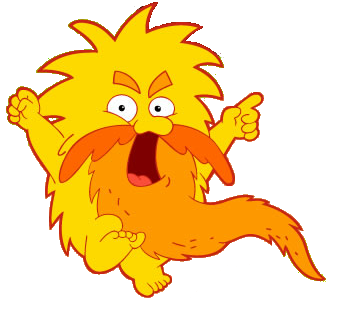 A grumpy troll who lives under a bridge and won't let you cross it unless you solve a riddle.

A forgetful Spanish-accented king. He is a grown-up version of Juan Bobo of the books.