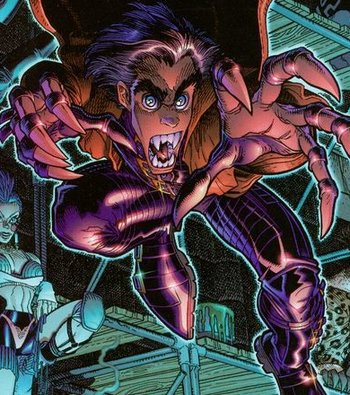 A short time ago, Alex Elder was a typical New York teen, plagued a bit acutely by adolescent angst and fear of the future, but an otherwise average 16 year-old in every way. But that was before he died and came back. A victim of a horrific vampire attack, Alex has become one of the living dead himself. As it turns out he is The Chosen One that will play an important role in preventing a apocalypse and he is fated to bring an end to vampirekind. 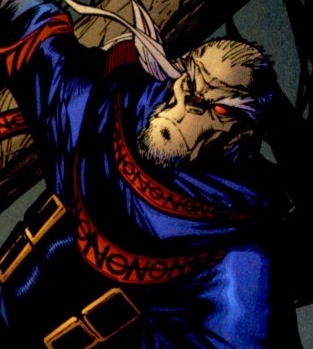 He is the last survivor of the Grigori, an ancient race that predated humans and vampires and fought on Lucifer's side during the War in Heaven. Desiring to redeem himself for his crimes and for unwittingly helping create the vampire race, he has searched for a chosen one that would help him prevent the upcoming apocalypse and destroy vampirekind.
Joe 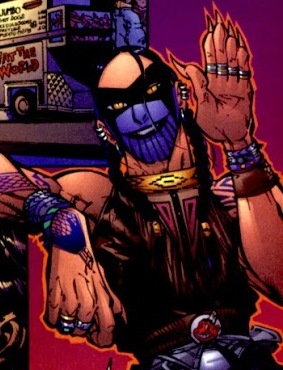 A Mexican-Indian vampire and the first friend that Alex makes as soon as he rises as one of the undead.
Scarlet 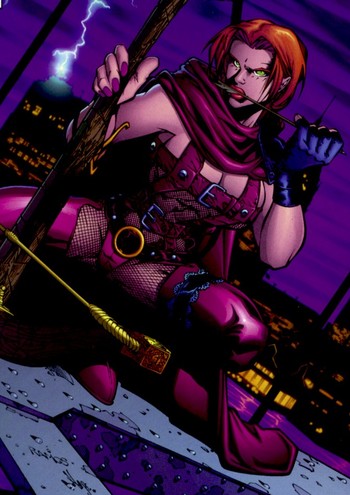 Member of the Order of the Red Hood, a family-lead organization dedicated to hunting and destroying demonic creatures.
Saint George

Originally a NYPD cop charged with the searching for Alex Elder, he has several visions that reveal he was in fact Saint George in a previous life (yes, that George).
Zophiel

An angel from the Heavens that was sentenced to live as a mortal after murdering a human (more specifically, a Order of the Dragon associate) for the death of another angel.

The high priestess of Coyolxauhqui. She was a vampire that lived four hundreds of years ago and was supposedly killed by Hernan Cortez. However, she re-emerged after the Great Mexico Earthquake of 1985 to revive her goddess. Appears in Crimson: Scarlet X - Blood on Full Moon.
Rose the Puppet

Leader of the Jelly Bats and Alex's sire. Rose is a 300-year old vampire who preys around New York with her gang. They attack Alex and his friends on Central Park, and to make sure they wouldn't raise as vampires themselves and become competition, they murdered everyone save for Alex, who was rescued by Ekimus. 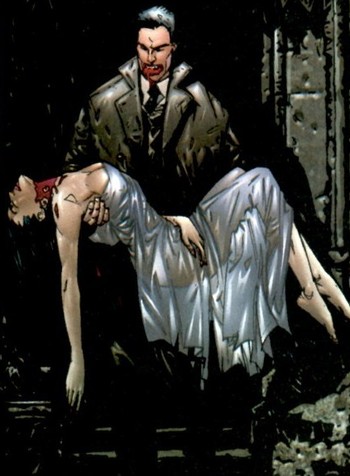 A US senator running for President and secretly, a very powerful vampire lord in league with Lisseth. To make things even worse, Alex's father is under his employ though unaware of his boss' true nature.
T.C. Steinman

Van Fleet's vampire fledgling and assistant, he is tasked of bringing him victims to feed, get rid of any hunter lurking around and cleaning up evidence that would expose their existence. He is also Jewish and resents his master (a former Nazi, greatly).

The religious crusader order from Medieval Times, after their dissolution in 1312, the Templars were re-organized into an independent supernatural hunting force that kept a watch on the darklings (the all-incompassing term they use to refer to creatures such as vampires, werewolves, demons and etc). They also have a sub-group within their organization known as Order of the Dragon (inspired by the monarchical order which Vlad the Impaler and Skanderbeg belonged to), as well as authority over other hunting groups like the Order of the Red Hood.

Grandmaster of the Knights Templar.

The first of the Chalkdyri and the strongest dragon. A being of incalculable power that also attempted to destroy mankind in the Genesis, he was imprisoned deep in the Tartarus.
Lisseth 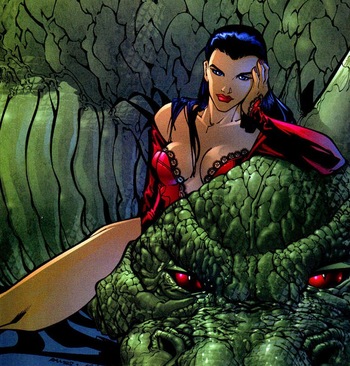 The Mother of All Vampires. She was originally a woman and one of the first of her race, who became an outcast from her people due to her cruelty. After falling in love with Ekimus, she drank his blood and rose as the first vampire in existence.

Alex's girlfriend at the start of the series, they have a strained relationship because of his moody behavior. She dies very early into the story.
Stella

A really, really strange old woman who appears to provide help to the heroes.
Lucifer

Yep, That one. The Archangel who rebelled against God and performed a rebellion to usurp all of his creation. He lost obviously, but was granted control of the Underworld to watch over the wicked. Despite being "Father of All Evil", he isn't that bad of a guy personally, nor an antagonist to the heroes at least directly.
The Angelic Host

The Seven Archangels from the Bible, they compose the highest authority from Heaven second only to God. They manifest themselves in the mortal plane to personally deliver judgment on humans.