BlazBlue, much like Guilty Gear, has plenty of Rummage Sale Rejects to go around. These are the characters who appear in the light novel side stories: BlazBlue Phase Shift series, BlazBlue: Bloodedge Experience, and BlazBlue: Spiral Shift - Hyojin no Eiyuu. 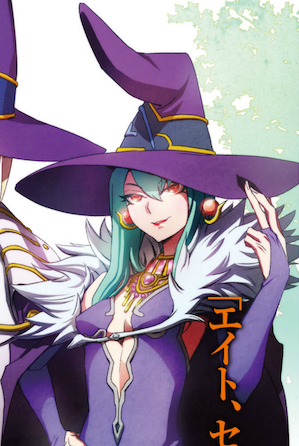 “You’re just like a queen being followed by attendants like that. Though, this place is the majestic Magic Guild, not your castle. So don’t be mistaken, okay?”

One of the Ten Sages during the time of the Dark War. She and Seven worked together in an attempt to complete Take-Mikazuchi to defeat the Black Beast, putting her in conflict with those who would become the Six Heroes.
Hakumen

“Of course, when I was at the Magic Guild, I had awareness again. Eating lunch in the dining hall with Trinity, Nine, and Celica, drinking tea. I couldn’t say it well at the time, but it was great.”

Voiced by: Yūichi Nakamura (Japanese)
He's the protagonist of Phase Shift 1, sharing many superficial similarities with Hazama. With Relius Clover (his tutor), he traveled the world for a while, then studied at the Magic Guild. Apparently, due to being quiet and disliking the outdoors, Celica felt uneasy around him, a feeling that was inexplicably returned by Kazuma as her very presence made him feel ill without provocation. Then, as he wakes up on one fateful day, Yuuki Terumi appears beside him and offers him the knowledge that he may lost, on the condition that he would try to find the Azure for him.
Konoe A. Mercury/Nine 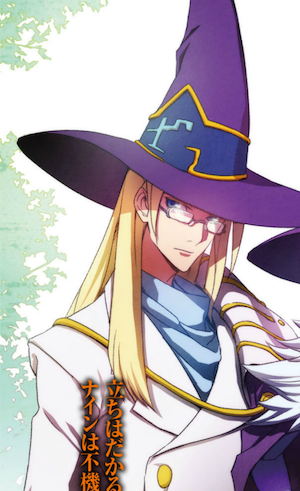 “Nine. You truly don’t understand. How many people do you think have lost their lives and live in fear due to the Black Beast? This isn’t a circumstance where you should put your self-interest as priority.”

One of the Ten Sages during the time of the Dark War. He and Eight worked together in an attempt to complete Take-Mikazuchi to defeat the Black Beast, putting him in conflict with those who would become the Six Heroes. He was the original wielder of Yukianesa and became the head of the Kisaragi family.
Shuichiro Ayatsuki 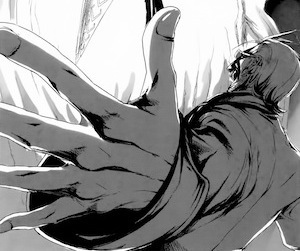 “Yes, indeed. I’m a scientist. Isn’t that obvious? …I was always frustrated. I was no match compared to that genius under any circumstances. He was undoubtedly the only necessary person for our research and experiments… I was no more than an extra.”

Appears in Phase 0. The father of Nine and Celica, and later the father-in-law of Jubei and the grand-father of Kokonoe, Shūichirō Ayatsuki was a scientist working with Relius Clover before the emergence of the Black Beast, but he died shortly after its creation. He also appears in XBlaze Lost: Memories, referred to only as "Father".
For information about him as Father see XBlaze Lost: Memories
Tomonori 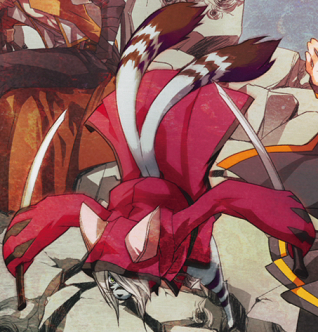 “Your faith is like a dull sword to me.”

The brother of Jubei. Appears in Phase Shift 1. He was a reticent beastkin of faith who believed he could do anything he set his mind to. He was among the last of his kind who took care of the half-beastkins who were homeless, and later got employed under the Alucard Clan. Notably, Tomonori tried, but failed to stop Terumi.
Trinity Glasfille 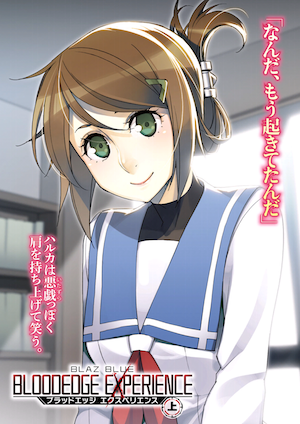 A character from the Bloodedge Experience novels. She is Naoto’s cousin and childhood friend and Yuuki Hayami’s daughter. She lives in an apartment close to Naoto’s and attends Shin Kawahama First High School with him, where she is on the student council. She has feelings for Naoto and is prone to jealousy whenever she believes he is interested in another girl, and has shown Yandere tendencies when it comes to him.
Kiiro Hikagami 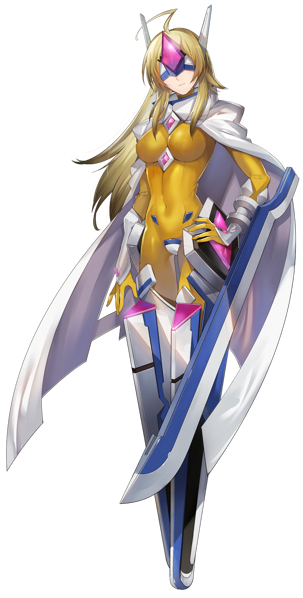 To meet you this quickly. I’m so happy…”

Voiced by: Mitsuki Nakae (Japanese)
A character from the Bloodedge Experience novels. She is an agent working for the Mitsurugi Agency, who hires the Immortal Breakers to try and kill Clavis Alucard. She meets Naoto after the Agency is sent to clean up his apartment after Clavis’ battle with the Immortal Breakers and is immediately smitten with him and attempts to seduce him. She has a, currently unnamed, Drive that seems to use Razor Wind.
Naoto Kurogane 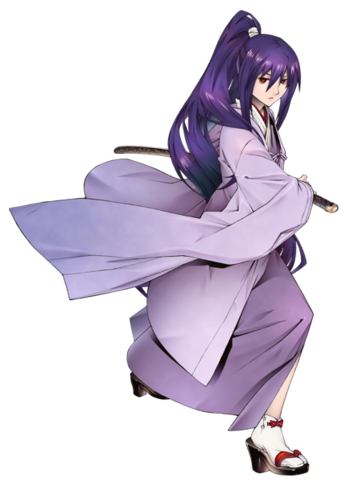 ”I will receive the “Hunter’s Eye.” By killing you, big brother.”

Voiced by: Yukana (Japanese)
A character from the Bloodedge Experience novels. She is Naoto’s younger sister and Haruka’s cousin. A member of the Terumi clan, descended from the Amanohokosaka clan. When she was 8 years old her Drive manifested and she killed everyone in the Terumi clan except Naoto and her mom, after which Mei imprisoned her. She wants to kill Naoto so she can take his Hunter’s Eye and revive the Terumi clan. Her Drive is Soul Eater, which lets her steal the life force from anyone she touches.
Spinner Superior 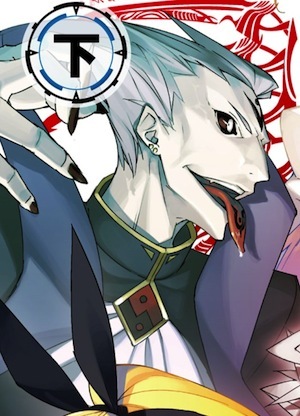 ”We’ll merge. That’s right, we’ll become one. Now, guide me. To the chaotic void where everything mixes together… the “Boundary!””

A character from the Bloodedge Experience novels. He was one of the best mages in the Magic Guild, until he was expelled for getting too close to the Azure. He has creepy fixation on Raquel Alucard, chasing her to use her powers in his quest to obtain the Azure. He is an incredibly powerful magician and controls a large variety of bugs for various purposes, including fighting, tracking and converting people into his Apostles. He has a Drive but it is unknown what it’s called or what it does. 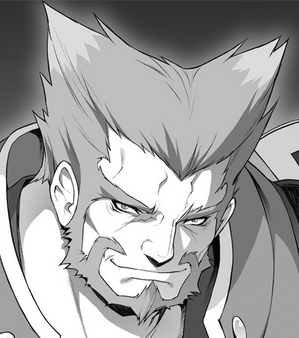 ”Our other name is “Hound Unit” and as the name implies, we are “hounds.” We find the prey, pursue them and then let our masters “hunt them.””

He is ranked Captain and the leader of the NOL’s Ninth Squadron, known as the “Hound Unit”. Jin was assigned under him. They are deployed to weaken opponents so that following squads may kill them, and claim glory for doing so. He dislikes the Ikaruga Civil War, and believes it’s all a farce, and had connections to Kokonoe Mercury.
Karenjina Parsett

”We have no need for a new recruit that has been living a life of luxury. Go back to your mom and dad before you get a scar on that pretty face of yours.”

She's ranked Corporal and is a member of the NOL’s Ninth Squadron, and has blind faith in her captain, Grimmwood Hastur. Although she is difficult to approach, she’s loyal to those she trusts. She has a Drive named Seagull, which lets her detect presence of people around a radius.
Meifang Lapislazuli