BlazBlue, much like Guilty Gear, has plenty of Rummage Sale Rejects to go around. These are all of the characters who appear in the spin off manga series BlazBlue: Remix Heart and Blazblue Variable Heart.

”Shiori is certain that… Shiori has gone through so much to reach today… just for this day. Shiori never would have thought that it could have been so beautiful… not killing someone, but using all my strength to help those I love keep living.”

A character introduced in the second half of Remix Heart and appearing in Variable Heart. Initially appearing before the Team Remix Heart as a polite and humble new transfer student and becoming Mai and Kajun's roommate, she then shows her true nature to Mai - being an assassin sent to kill Jin Kisaragi. But after Mai understands her inner feelings, Shiori softens and then goes to Mai's side. Is partnered by Chachakaka, another assassin who handles recon job and assists her.

A character appearing in both Remix Heart and Variable Heart. Jin Kisaragi's roommate from the Academy days, and a member of the student council. Has an amiable and easy-going personality, and cooks for the team. Seemingly, Kagura Mutsuki's relative.
Jin Kisaragi
See "BlazBlue - Jin Kisaragi" for more information
Chachakaka

“As you might expect, bringing you two back was pretty rough! So you oughta praise meow!”

A character introduced in the second half of Remix Heart. She transfers into the Military Academy alongside Shiori. She is secretly an assassin who supports Shiori in her mission to kill Jin Kisaragi. She was also assigned to kill Mai by her father.
Bell 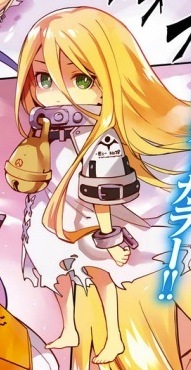 A character introduced in Variable Heart. She is a Dimension Boundary Prime Field Device Embryo Storage. She was locked in a coffin to be sent to Kagutsuchi but was set free when Jubei attacked the train she was on. Mai Natsume then decided to follow her in order to protect her.
Rin Hazuki 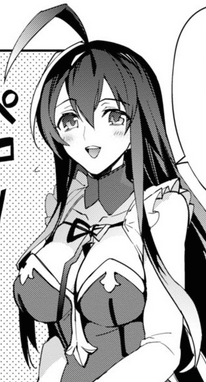 "But since Mai knows his true strength the best, there is no reason to be worried about her." 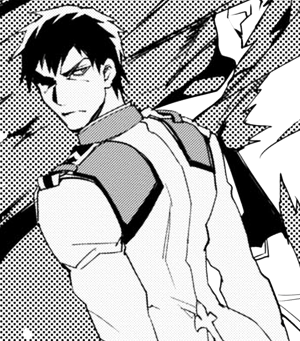 A character introduced in Variable Heart, he's Mai's father and the head of the noble Hazuki family. Also once the supreme commander of NOL military, and holds the rank of "Butei" (Military Lord). 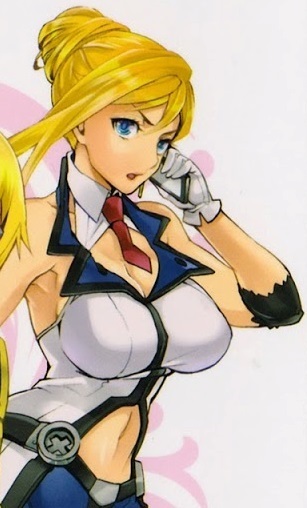 ”Analysis unknown…!? The so-called wondrous Librarium is crap. Just what is the meaning of this?”

A character who appears in Remix Heart. Also known as Emma, she's a professor at the Military Academy who handles the Ars Magus assessment of the students and teaches several classes.
Fuzzies 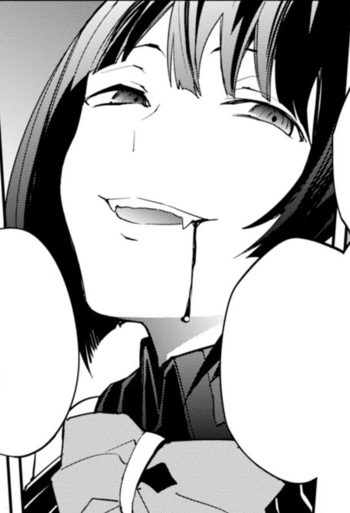 ””Mai Natsume”… What an interesting girl. So she is a “Grimoire.””

A character introduced in the Variable Heart, Fuzzy is an assassin working for Meifang.
Meifang Lapislazuli 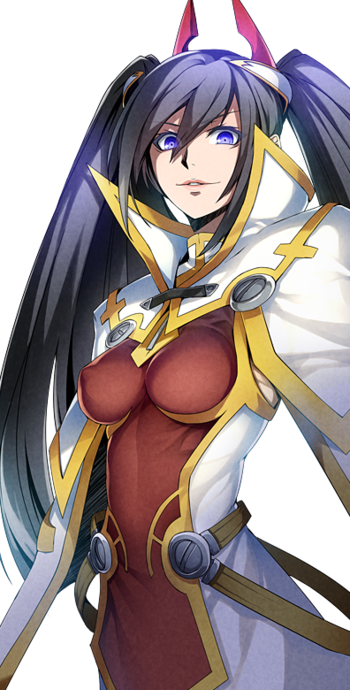 ”Mai Natsume. For the sake of my longstanding desire I am going to have you hand over your body to me.”

A character introduced in the Variable Heart but who also appears in the Spiral Shift LN. The leader of the Novus Orbis Librarium's Zero Squadron, which is the NOL secret police.
Cypher Albar 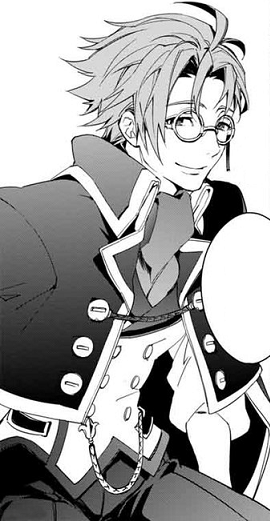 ”With this, a road has been made… A road which connects to the abyss, the Burning Red…”

A character introduced in the second half of Remix Heart. A professor at the Military Academy who teaches alchemy. He spent most of his time away from other people, being busy with his own researches. Later shows an interest in Mai due to her grimoire.