Main Character Index
A list of characters belonging to the Hidden Ones in the historical portion of Assassin's Creed Origins.
open/close all folders 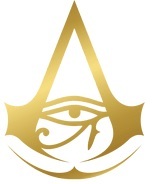 The original form of the Assassins' Brotherhood. For more details of its incarnations through the ages, see here. 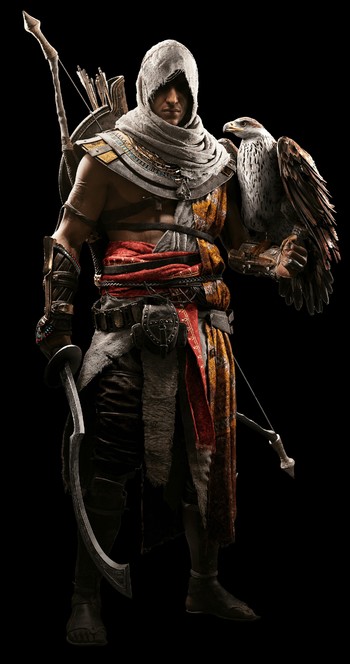 "You may not be a king, Bayek. But history follows you."

The last of the Medjay, Bayek of Siwa fights against the mysterious Order of the Ancients to protect Egypt.

A female Bonelli's Eagle that serves as Bayek's partner.
Aya 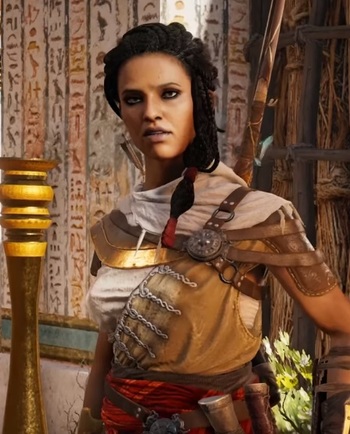 "You and I are pledged to violence, now and always."

Bayek's wife and a fellow Assassin, who is deeply loyal to Cleopatra. While she was trained alongside Bayek, she is not a Medjay.

A Roman Senator and Assassin in the first century BCE, Brutus was assigned to plan the assassination of Consul Julius Caesar, who was being manipulated by the Templars. Plagued by visions of a cavern throughout his life, he discovered them beneath Rome, which was the location of Juno's Temple. Originally a lore character in Assassin's Creed: Brotherhood as part of the Lairs of Romulus, he becomes a supporting character in Origins.

High Priest of Memphis, originally one of Cleopatra and Apollodorus's allies. Bayek's actions saves his wife and Memphis which earns Bayek his loyalty.

A mercenary captain originally hired by Aya to lead her to Pompey Magnus to seal an alliance between him and Cleopatra.
Tahira

A friend of Bayek back in Siwa. She has since left the oasis and is now tracking Romans who are poaching the native wildlife of Egypt. Later head of the Sinai Bureau of the Hidden Ones.