Characters / Assassin's Creed Origins: The Order of the Ancients

Main Character Index
A list of Order of the Ancients characters in the historical portion of Assassin's Creed Origins.
open/close all folders

The Order of the Ancients

Many of these characters are Walking Spoilers and their entries feature a lot of in-game details that are not hidden behind spoiler tags. If you have not played to the end of the game, read at your own risk.

In General
A shadowy group of influential people that seeks to control Egypt and eventually the rest of the world. Their symbol is a serpent wearing the Double Crown of Egypt with an ankh.
The Heron 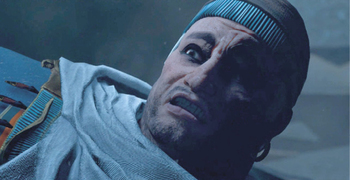 The nomarch (ancient Egyptian administration official) of Saqqara in Egypt during Ptolemy XIII's reign. He is the first of the Order killed by Bayek.

I die, my work unfinished. So close, so very close to ushering in the perpetual rule of the strong and virtuous!

An oracle of Amun who oppresses the people of Siwa. 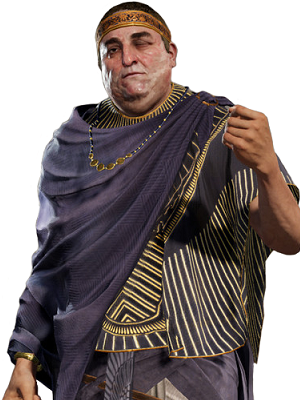 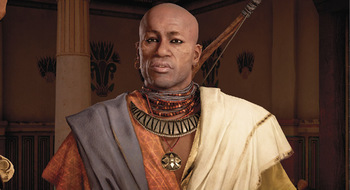 "The Order of Ancients will remember me as the bringer of waters and a builder of cities."

An architect living in Sais and the steward of Letopolis. 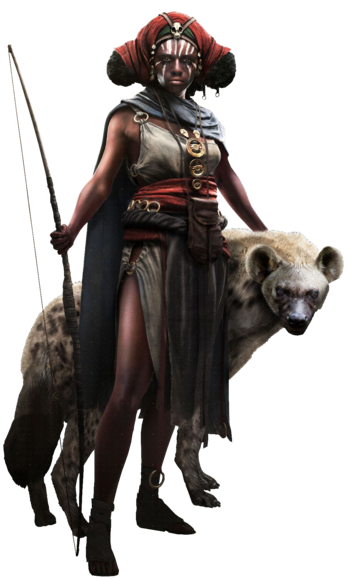 "It makes no difference now. I wanted to protect my daughter in life and death. I have done neither..."

An explorer and an amateur scholar. She also keeps a trained pack of hyenas.

A priest of Anubis at the Great Temple of Memphis and an advisor to the high priest, Pasherenptah. 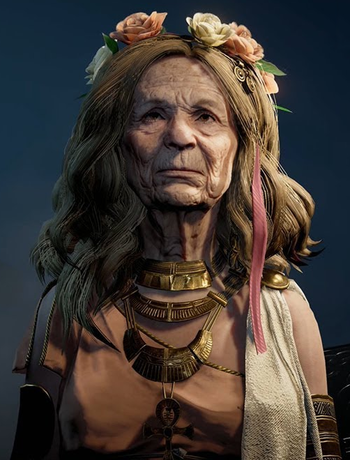 The nomarch of Faiyum, the owner of the Kerkesoucha granary and a patron of the Krokodilopolis arena. 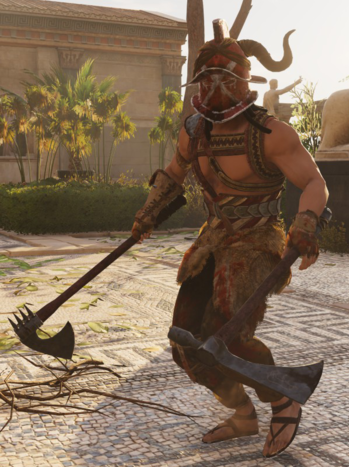 One of the Gabiniani, working as an underling for The Jackal, who tries to kill Cleopatra. 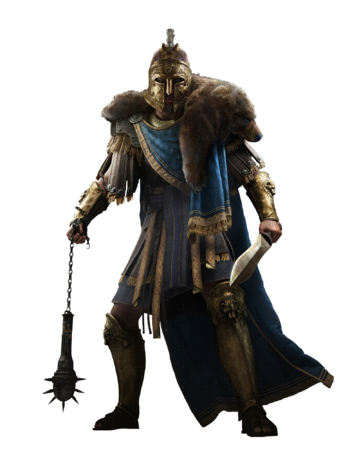 The leader of the Gabiniani, a group of soldiers exiled from Rome currently in the employ of Pharaoh Ptolemy XIII. 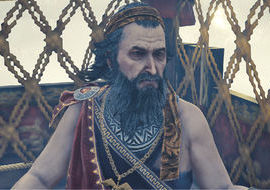 The regent of Ptolemy XIII and a eunuch. He is responsible for turning Ptolemy against his sister, Cleopatra. 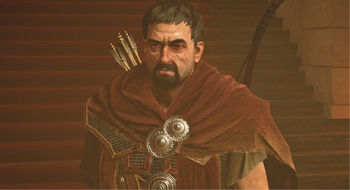 The Roman proconsul of the province of Kyrenaika and an ally of Julius Caesar.

A priestess living in a mountain temple just outside of Balagrae. She is one of Flavius' closest advisors and allies in the Order of the Ancients.

The first of the Order members killed by Aya.

The second of the Order members killed by Aya.

Introduced in The Hidden Ones 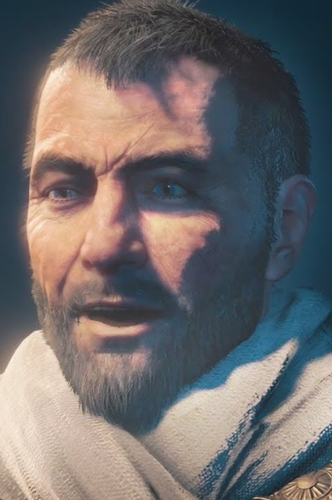 A Roman General in charge of the Sinai Peninsula who was recruited into the Order of the Ancients by Julius Caesar before his death. Rufio intends to seize Egypt for the Order by deposing Cleopatra and Marc Antony. 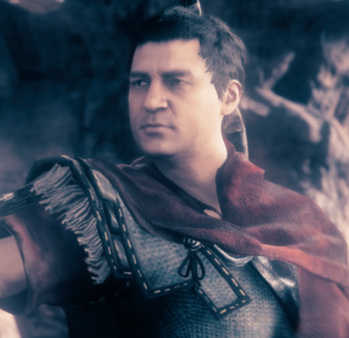 "The Order is Eternal!"

A Roman official in charge of the Klysma Quarry in the Sinai Peninsula, he is well known for his brutal methods against his workers and slaves.

The Roman official in charge of the Walls-of-the-Ruler. He imposes harsh taxes and punishments on all travelers who pass through his fortress.

A Egyptian mason who oversees the pillaging of sacred sites in the Sinai Peninsula to provide funding and materials for the Order. He is also searching for the Shards of the Star.