A young woman who becomes a vampire hunter after her twin sister, Julia Cooper, is killed by vampires. Unable to cope with the death of Julia, Justine turns to alcohol and roams graveyards at nights, killing any vampire she encounters. 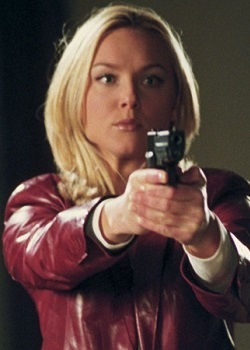 "This job is making me crazy."
Played By: Elisabeth Röhm
"Well, you see, the thing about "detectives" is, they have résumés. And business licenses. And last names."

A member of the LAPD, Kate first encounters Angel when both are on the trail of a serial killer with Kate unaware that the killer is a demon. After this, she becomes Angel's friend on the force, though relations turn frosty when she finds out what he's fighting and exactly what he is. Leaves in the second season but returns and joins Angel Investigations in the comics. 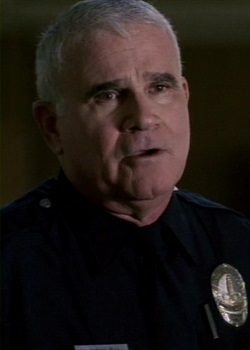 "In my day we didn't need any damn sensitivity."
Portrayed By: John Mahon

A retired police officer and the father of Kate Lockley.

A software engineer who made his first millions developing software that let blind people surf the web.

The daughter of Magnus Bryce, a powerful wizard. She was also a socialite in the Los Angeles scene. 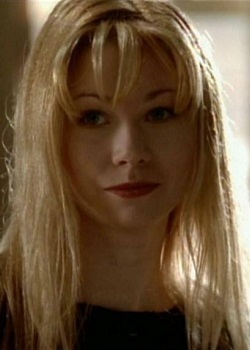 "Hey, can I be Anne?"
Played By: Julia Lee
Angel: You're not afraid of me.
Anne: Well, I've seen worse things since. I've seen a fourteen-year-old girl sitting in her own blood after a rough trick and dozens of people just walking right by, so no, vampires, demons, even lawyers pretty much don't impress me.

Ex-vampire groupie whose romanticism came to an abrupt end during a run-in with Spike & Drusilla. After migrating to L.A., she adopted the name "Anne" — in honor of her two-time rescuer, Buffy Anne Summers — and opened a teen shelter, which is how she came into acquaintance with Gunn and his boys. Herself a teenage runaway, Anne is passionately (some might say stupidly) idealistic in her job. She represents an 'on the street' parallel to Angel's mission.

Vampires, Demons and other Supernaturals 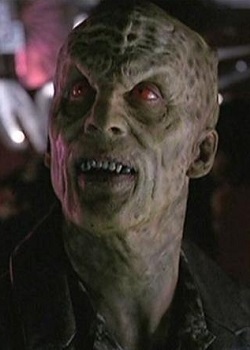 "Hey, I don't go sellin' out my pals. How much you gonna pay?"
Played By: Matthew James
Merl: Jesus, man! I mean, can't you, you know, knock?
Angel: You don't make that funny expression when I knock. Or if you do, I ''don't see it.

A tongue-less Parasite demon with the reputation of a snitch among the underworld community. He hangs around mostly at Caritas, the karaoke bar that fellow green-skinned demon Lorne runs. He is introduced to Angel by Wesley, who had used his services before, in exchange for money. Afterwards, he is frequently used by Angel for information about the vampires Darla and Drusilla. However, instead of being paid for his services, Angel constantly abuses Merl (both verbally and physically) in order to force him to give him information. 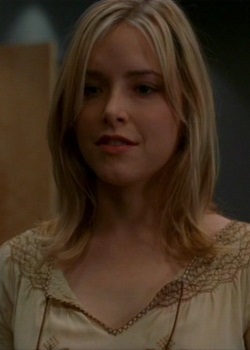 A young art major living at home with her older sister and niece, she is bitten by a werewolf during a night run. She herself eventually becomes a werewolf and a potential love interest for Angel. After becoming a werewolf, she voluntarily comes to Wolfram & Hart every month during the full moon in order to be caged, a similar arrangement Oz had in the Sunnydale High library. 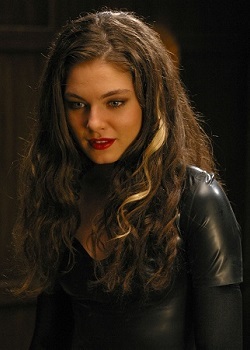 "I'm fibbing. It's lying, only classier."
Played By: Alexa Davalos

Gwen was born with the ability to generate and control electricity, with the downside being that she can't turn it off, and thus can't make contact with another person. She uses her power to work as a thief for hire, and runs into the gang when hired to steal a mystical artifact. A thief by nature, she shows up when she needs help, but always leaves before things get too hairy.

The ghost of a young man who was murdered by his mother. After getting revenge on his mother's evil spirit, he remains "roommates" with Cordelia.

Played By: Hedi Mahout, An Le and Madison Gray.
A trio of spell casting women associated with Lorne and Angel.