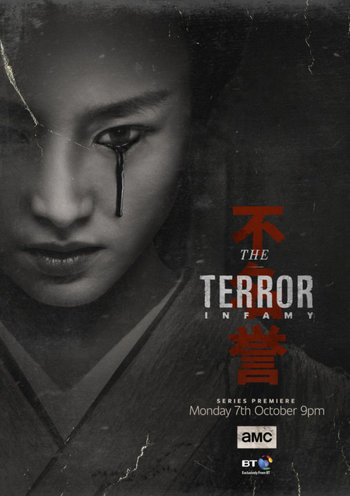 The Terror: Infamy is a ten-part miniseries by AMC. Set during World War II, it centers on a series of bizarre deaths that haunt a Japanese-American community and a young man’s journey to understand and combat the malevolent entity responsible.

The series is a follow-up to The Terror, but has no plot connection, turning the overarching series into a Genre Anthology.

"The Terror: Infamy" contains examples of: