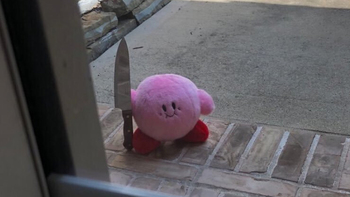 Being the major series that it is, it's no surprise that the Kirby games are also the source of many memes.

open/close all folders
The games
The anime
The mangas