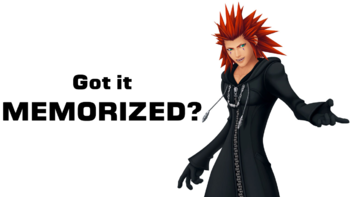 Demyx: Aww, we do too have memes, don't be mad!
Donald Duck: You can't trick us!
Demyx: [Beat] Silence, Troper.
Advertisement: