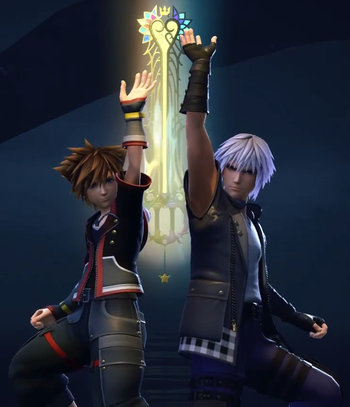 Remember when Sora and Riku clashed over sharing a paopu fruit with Kairi in the first game? Yeah, well...
Advertisement:

With one of the largest LGBT+ followings in gaming and TONS of hints of homosexual attractions, was it no secret that this series between Square and Disney could be such a goldmine for Ho Yay that it gets its own page?