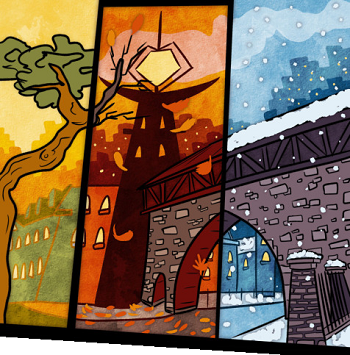 "In India, 'cold weather' is merely a conventional phrase and has come into use through the necessity of having some way to distinguish between weather which will melt a brass door-knob and weather which will only make it mushy."
— Mark Twain
Advertisement:

Use as a Motif

Use as a Montage