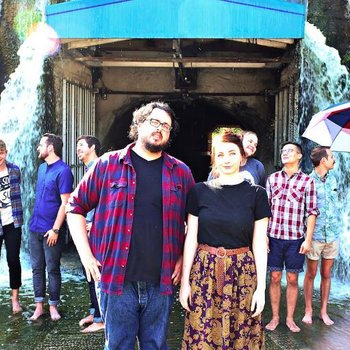 Maggie, Tyler, and everyone else.
Influenced by
"We grew up in a house where creativity was encouraged and loud noises were tolerated."
-Tyler Heath, "Ten Questions... with the Oh Hello's"

The Oh Hellos are an eclectic, indie folk-rock band based in San Marcos, Texas, consisting of Tyler and Maggie Heath and whoever they can bring along on tour. Much of their music is inspired by folk tunes, among other things. Their songs are mostly about taking chances, making mistakes, and redemption.

Their music is available on Noisetrade

You can listen to a live session on Audiotree

. They also can be followed on Tumblr

This band and their music provide examples of the following tropes: