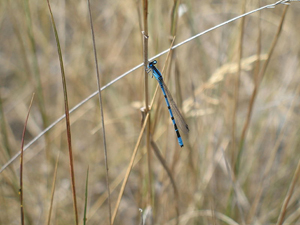 Focus in on the smallest detail. Now, blow it up.note Woah, woah, I didn't mean that literally!
Advertisement:

This screenwriting technique is seen a lot in "realist" films of the seventies and eighties, with a kind of rebirth in the nineties. It involves cutting to a still object. It might be a stalk of grass, a branch with dew, or a child's toy. Sometimes the trope involves fading in and out of focus, as was done a lot in the 70s, or holding steady, sharp focus. It might be a close up of a Christmas ornament while the drunken parents are arguing, perhaps showing how the child finds it too painful to look at directly, and instead fixates on something steady and reliable. The whole scene of a dinner might focus on a bowl of soup rather than the person eating it.

In some cases, the technique is also used in action films or scenes; while a car or other vehicle carrying members of the film's cast goes by, the camera might focus on an object lying next to or in the road, like a discarded candy wrapper or a dandelion growing on the verge.

This trope more often than not has a melancholy or painful tone to it. It often feels emotionally detached or wistful. Effects are often achieved through shifting Depth of Field.

The technical term for this in cinema is Associational Montage, or Intellectual Montage. The Grammar of Film & Television

The juxtaposition of short shots to represent action or ideas; Intellectual montage is used to consciously convey subjective messages through the juxtaposition of shots which are related in composition or movement, through repetition of images, through cutting rhythm, detail or metaphor. Montage editing, unlike invisible editing, uses conspicuous techniques which may include: use of close- ups, relatively frequent cuts, dissolves, superimposition, fades and jump cuts. Such editing should suggest a particular meaning.
Advertisement:

What it is not: Shots of an object with major significance to the subject (the Ring in The Lord of the Rings, the Coffee and the Cigarettes in Coffee and Cigarettes, Rosebud...)

See also Motif for use of objects as a motif, usually a recurring motif.

This is a specific type of Montage. Related to Aspect Montage, among others.