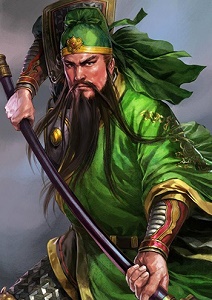 Some badasses are not satisfied with just a Badass Mustache or Perma-Stubble to show off their awesomeness. No, they choose to take it further. As opposed to facial hair growing above their upper lip, they won't be content until they have a full blown beard to show off. Many times, it works for them where a simple mustache would just look foolish or out of place. And when it does work, the gentleman in question is a bona fide tough guy, a man's man, a veritable buffet of manliness.

In short, it's what happens when the Badass Mustache gets cranked Up to Eleven.

In Real Life, beards fell out of style (in most places) after the invention of the safety razor. Before that, shaving had to be done with a straight razor, and the risk of cutting yourself was a much more dangerous concern. This is why most historical bearded people were around before the 20th Century. Having a long beard in battle isn't always a good thing, as an enemy can grab on it and pull the guy in reach of a sword. However, beards made a triumphant comeback in The New '10s, and the more common they have become, the more bearded badasses that have sprung up on sheer statistical possibility alone. Some sports even encourage their badasses to stop shaving

Can overlap with Beard of Evil. Super-Trope to Beard of Barbarism and Seadog Beard. Also see Stroke the Beard. Contrast with Beard of Sorrow, although they could overlap. Sometimes goes hand in hand with Wild Hair. Sometimes part of a Bald, Black Leader Guy look. Occasionally the beard has some unusual properties.

Do not confuse with The Beard or Growing the Beard, which aren't about literal facial hair.