This characters page contains the real life members of the Yogscast (who just happen to act exactly like they do in their Lets Plays and Minecraft series) and the characters of the Shadow of Israphel series, as well as other characters from their Yogscast Minecraft Series. Please note that while certain tropes apply for their character personas, they do not apply for real life and vice versa.

A trio of gamers and freelance trailer makers (Ross Hornby/Djh3max, Alex Smith/Alsmiffy and Chris Trott/Trottimus). Have their own trope page here.

Sparkles* and Parv are both part of the Yogscast (although Sparkles* is a freelance worker), and their entries can be found on that character sheet along with Kogie's and Leo's. The band were registered under the Yogscast Studios label, but have since left.

Sam Gibbs is an audio engineer at Yogtowers and the essential "apprentice" of Sparkles*.

Tom Clark, aka Angor, is a producer for the Yogscast. He frequently join the content creators for a number of videos and streams, and as of 2016, has his own channel.

Ben is one of Yogscast's administrators, dealing with "stats and things". Originally he worked behind the scenes, but has gotten increasingly involved in Trouble In Terrorist Town, GTA, and Civilization streams, and is one half of the hosts of the "Lewis and Ben Save the World" channel.

Otherwise known as Barry. He is an artist and editor for the Yogscast, and while he doesn't have a channel, he frequently appears in video and streams, like Tom Clark. He runs a Grand Theft Auto V stream with Sjin, Tom and later Simon called the Chilluminati stream, as well as an Edge of the Empire stream with that same crew, as well as Lewis, titled YogsQuest Live (formerly Space Tossers, currently on hiatus).

Yogscast IRL- Not working at Yogtowers 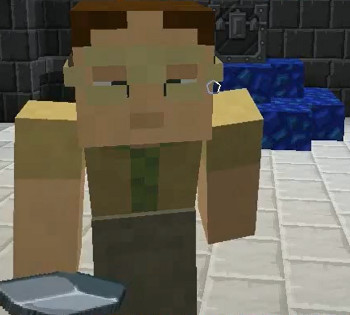 Zoey's partner and regular collaborator. Officially joined at the start of August 2019.

A member of the Yogscast that was a long-time friend for many years, before finally joining in July 2013.

A tutorial expert, video editor and new member of the Yogscast. Joined with his channel in late 2013 and has his own page.

Best known as the co-op partner of In The Little Wood, Toby already had his own page before he joined the Yogscast in February 2014. See his own page for details.

A prominent youtuber who runs The Minecraft Monday Show, BebopVox officially joined the Yogscast in January 2014. He is a former crew chief of the United States Air Force, having recently left to make videos full-time.

A fellow Polaris member that joined the Yogscast in 2014.

FyreUK is the youtube channel of Matthew Needler and Phil Southam (more commonly known as Matt and Phil), co-founders of the Minecraft build team Fyre. Whilst their channel maintains a focus on Minecraft timelapse builds, they have also released a number of Let's Play series, and prior to joining the Yogscast created the adventure map for Hat Films' series An Epic Hatventure.

Wilsonator is a new member joining only in September 2018 and participated in the jingle jam 2018
Non-Yogscast Associates
There are many individuals currently playing on the Yogscast Complete Official Server (and other adventures) who, while not considered paid members of the Yogscast, do work on the servers or as characters / contributors for other members series'.

Primary admin of the current server, has several series of his own, including Minecraft: The Hard Way and Dave & Su play Minecraft, with his IRL wife, Su. See his own page for details.

Helps Kirin Dave out in his Minecraft series.

A long-time friend of the group who joined them officially in July 2013. According to his Twitter, he left in January 2016.

Strippin's friend and associate in Rail Bros and Cornerstone. Has his own channel

which he updates semi-regularly.

A former member of the Yogscast who was present from late 2012 until December 2015. He eventually left on good terms, and may appear in the future. Now has his own page.

Daltos, real name Nicholas Buccino, is a friend of the Yogscast and Zylus who lives in America. Mostly appearing in Zylus' series, he also appeared during the Trouble in Terrorist Town livestream.

Dead Workers Party is the former title of duo Brent Copeland and Eric Fullerton, who during their brief membership rebranded to YOGSCAST Brent & Eric. They are most famously known as creators and co-hosts of The Shaft podcast. It was announced that they joined the Yogscast in February 2014, but they left the group on good terms in September due to real-life issues. 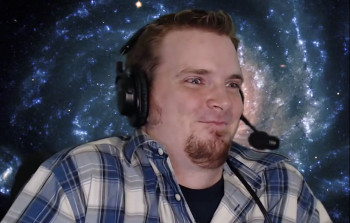 The creation manager and producer for the Yogscast. Joined the team January 2012. He is also the leader of The Voxel Box. He officially left the Yogscast in January 2016 for reasons unknown. Although at the time it was stated he was on good terms with the crew, he insulted them several times on his streams a while afterwards. 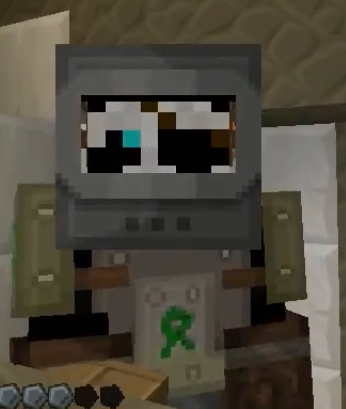 A former Machinima director who was part of the Yogscast from January 2013 until July 2016, Panda is a frequent co-op partner of Nilesy's and makes several Let's Play series of his own.

A guild-mate of Simon and Lewis, he has appeared in several episodes of The YoGPoD.
Advertisement:

For characters associated with Shadow of Israphel, go here.

Formerly a character belonging to the Eden project map, he was later promoted to the Yoglabs team.

Part of the Yoglabs team, and notably much more off the rails than Doctor Testificate M.D.

A medical assistant at Yoglabs, who helps Simon during the "Bad Trip" episode.

A member of Yoglabs staff, on their science team.

A soldier in Yoglabs employ.

A scientist in charge of drugs and medicines.

A mutant zombie and formerly one of the main projects of Yoglabs, he now works part-time as a bouncer and doorman.

The joint heads of the cloning division.

A clone of Duncan being stored at Yoglabs. He did something to get locked up.

The government of an unspecified nation (supposedly Minecraftia) that generally serve as the Hero Antagonist organisation to the Villain Protagonist Yoglabs company.

An animated and very malevolent scarecrow that appears in Sjin's "Feed the World" series. He is the primary antagonist, brought to life seemingly hundreds of years ago.

A farmer who left a journal regarding his mysterious past and his encounters with an animated scarecrow, strongly implied to be Strawfingers.

A wizard who is seemingly the villain for Sjin's Farm.

The various denizens of Sjin's farm.

Seemingly a new member of Sipsco during the Sipsco Space Program and Sjintech Space Rescue series and a Walking Spoiler. Voiced by Angor, aka Tom Clark.