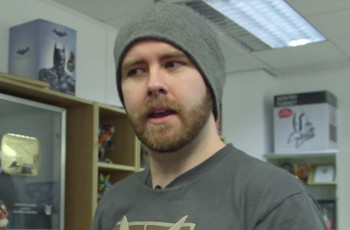 Sjin, real name Paul Sykes, is a Let's Player and an ex-member of the Yogscast. He frequently shows off Time Lapse constructions in his Let's Build series, and collaborates on both vanilla and modded Minecraft series, usually either with Sips or Duncan Jones. His Minecraft co-op series are largely filled with aimless or laid-back conversations with either Sips or Duncan and not a lot of progress.

. He is not to be confused with Paul Sykes, a politician from the United Kingdom Independence Party, or a lower-tier British rugby player of the same name.