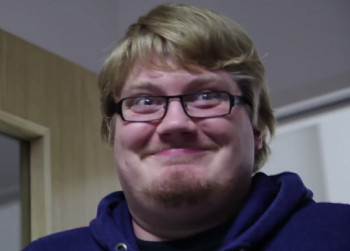 Duncan Jones, usually simply known as "Duncan", and also referred to in the past as Lalna, is a Let's Player and a member of the Yogscast. He's prone to absentmindedness and has been characterised as a "mad scientist" and generally considered to be a drunk, even by other Yogscast members.

Similarly to to Sjin, Duncan is known as an expert Minecraft builder. Despite his wide work on Shadow of Israphel's art direction, Duncan appears to have gradually gotten out of practice following Shadow of Israphel's hiatus. In 2012, he had a kind of rivalry with Sjin, though by 2014, they freely worked in co-op Minecraft series as well. He's also done a lot of work with Kim Richards using the YogCraft modpack in The Apprentice and with Galacticraft and Yogscast Complete in Flux Buddies.

He played the part of Fumblemore in the Shadow of Israphel series.

Not to be confused with director Duncan Jones.