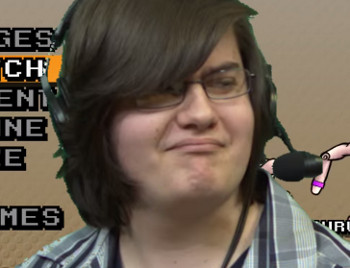 SoTotallyToby is a YouTube Lets Player most well known for his videos with In The Little Wood, and several other members of the Yogscast team. Toby also has his own channel, primarily for Let's Plays, however his channel also provides reviews of video gaming hardware.

This video producer provides examples of: