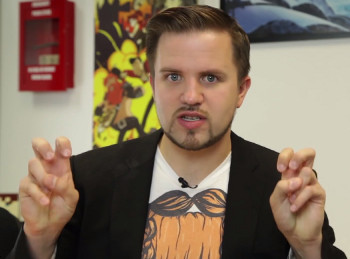 A former member of the Yogscast and previous CEO of the business, Mark Turpin, aka "Turps" or "Turpster" (channel here

), joined the Yogs in 2011. While initially taking more of a background role in Yogtowers, Turps has since gone on to be prominently involved in collaborations with Sips, Lewis Brindley and Hat Films, alongside his own smaller Let's Play videos and his more notable behind-the-scenes footage.