The Character Sheet for the Canadian animated series Spliced. 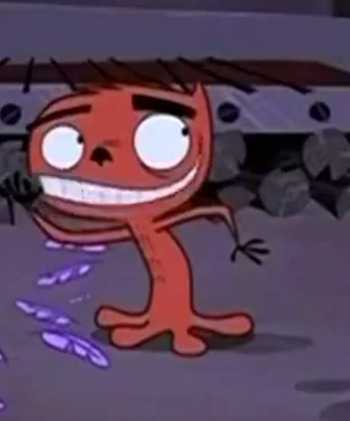 An incredibly naïve and overly optimistic mutant who has no actual knowledge of his purpose in life or what he's even spliced from but yearns to find out.
Advertisement:
Entree 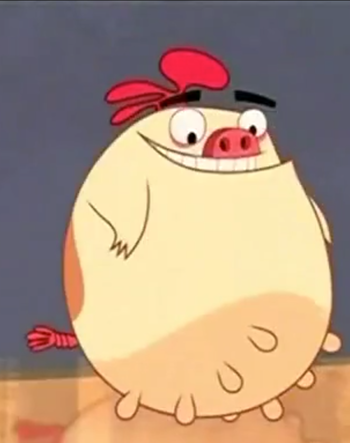 Peri's best friend; a combination of chicken, cow, shrimp, and pig who was designed to be the ultimate food animal. He's basically a bottomless pit with an attitude problem.
Two-Legs Joe and Lord Wingus Eternum 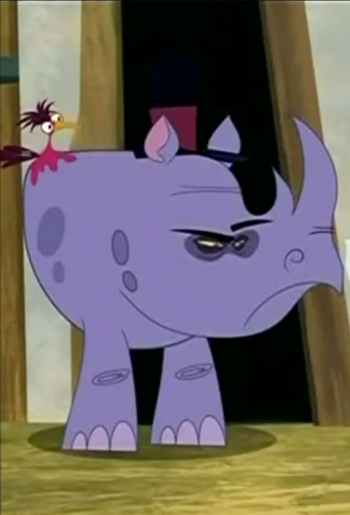 A short-tempered, two-legged rhinoceros with a small bird attached to his rear end. Joe is the mayor of Keepaway Island and defends its inhabitants from various threats. Wingus doesn't do much, but he occasionally breaks his vow of silence to speak to Joe when absolutely necessary.
Patricia 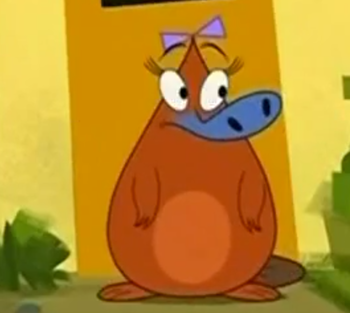 An intelligent non-mutated platypus who was already living on Keepaway Island when the Doctor showed up. She usually feels out-of-place among other inhabitants due to being the only non-mutant on the island.
Mister Smarty Smarts 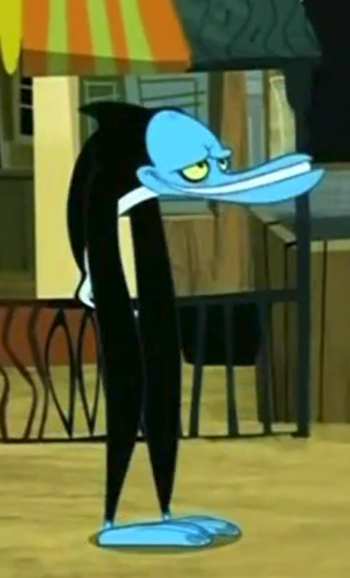 A larger-than-life dolphin-chimpanzee and self-declared "evil genius" who constantly attempts to take over Keepaway Island from his lair on the island's volcano. Too bad his plans always backfire from either being thwarted by the protagonists or being anything except foolproof.
Octocat 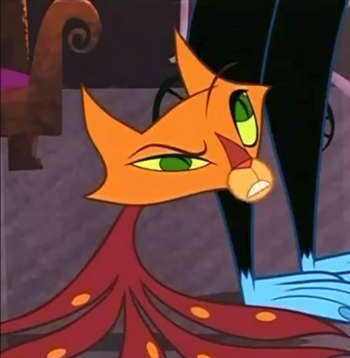 A (you guessed it) cat-octopus who accompanies Mister Smarty Smarts with his plans to take over Keepaway Island. She only speaks in meows.
Advertisement:
Princess Pony Apehands 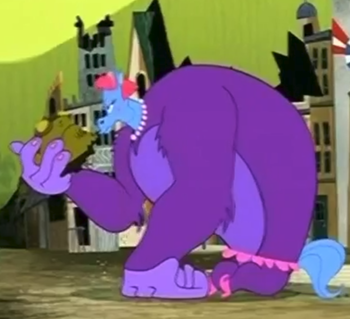 A huge gorilla-pony with the uncanny personality of a very young girl. She does demonstrate her monstrous size and strength quite well, like walking through solid structures like they were made out of toilet paper.
Fuzzy Snuggums 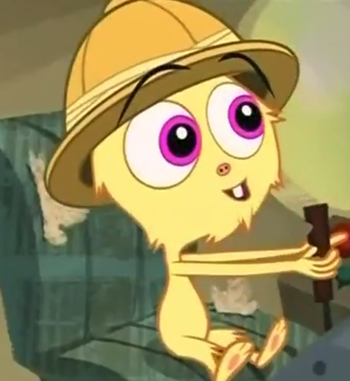 A cute and lovable critter who lives and breathes on the urge to explore the island and visit the outside world. Unfortunately, things never ever, ever go right for him.
Compuhorse 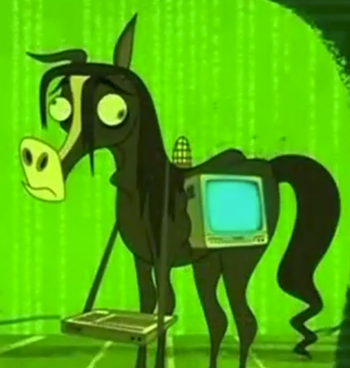 A horse who got merged with computer parts in a freak accident. Thanks to his newfound intelligence and ability to speak via voice programming, he can explain the wild phenomena the other characters encounter.
The Wunny Sharbit 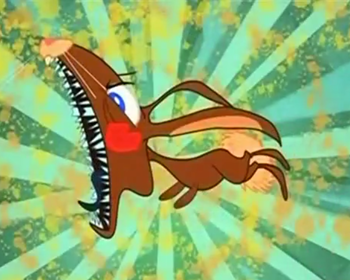 Voiced by: Jess Gibbons ("My Fair Sharkbunny"); N/A (all other appearances)

A small brown rabbit spliced with a great white shark and a chainsaw. Underneath its adorable exterior are countless rows of saw-like teeth and a mindless ravening hunger that make it feared by all of Keepaway Island.
The Doctor 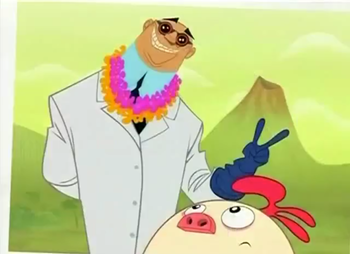 The mad scientist who created nearly everybody on Keepaway Island. Having been arrested for his crimes against nature years ago, he never appears in the series proper, but his legacy is well preserved by the mutants he left behind.