Great Lake is a large lake that lies in the northern part of the Great Forest of Tob and extends to the southern end of the Azerlisia Mountains.

One of the demi-human races in the New World. They are humanoid lizards that have shared human and reptilian characteristics. Lizardmen dwell in the southern part of the the Great Lake. They're divided among five tribes: Green Claw, Red Eye, Dragon Tusk, Small Fang, and Razor Tail.
In General
Zaryusu Shasha 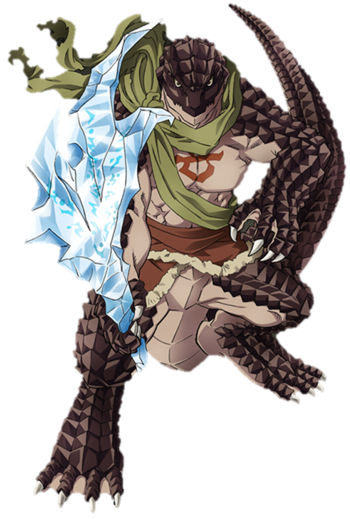 A lizardman of the Green Claw Tribe and the younger brother of Shasryu Shasha. He is the wielder of Frost Pain, one of the four treasures within the lizardmen tribe. 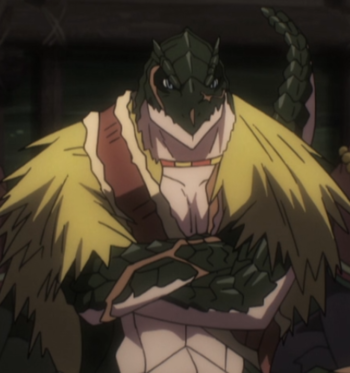 The chieftain of the Green Claw. He is the older brother of Zaryusu Shasha. 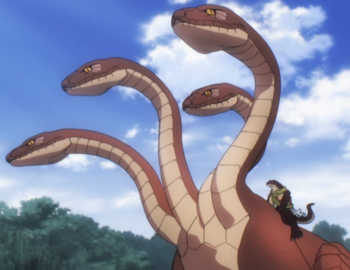 A four headed hydra and the pet of Zaryusu Shasha.
Advertisement:
Crusch Lulu 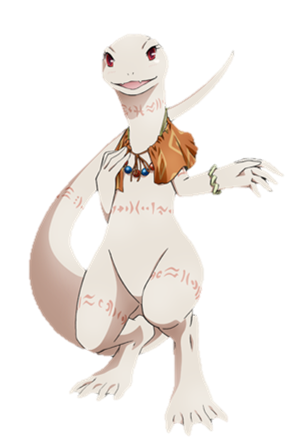 A white albino lizardmen and acting chieftain of the Red Eye Tribe. 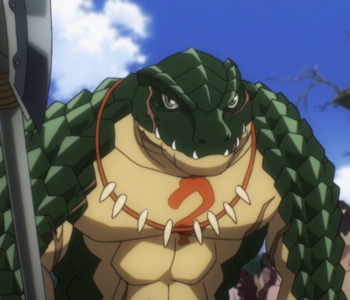 The chieftain of the Dragon Tusk Tribe. Like Zaryusu he is a Traveler, but he still earned the respect of his tribe via Trial by Combat. 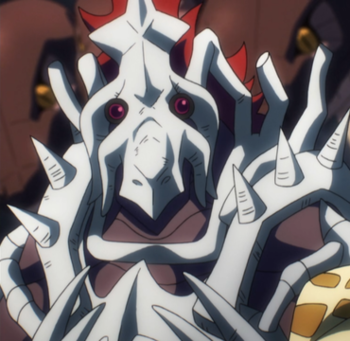 The chieftain of the Small Fang Tribe. He is regarded as having the best defense. 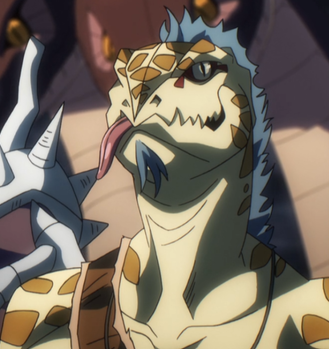 The chieftain of the Razor Tail Tribe. He is regarded as having the best ranged attack.

One of the races found in the New World. Dwarves are skilled in crafting and mining. The Dwarf Kingdom exists in the Azerlisia Mountains.
In General
Regency Council
The governing body of the Dwarf Kingdom. They each hold the main authority in one of the eight vital functions of the nation.

Runesmiths
Dwarves who use runes to enchant objects. 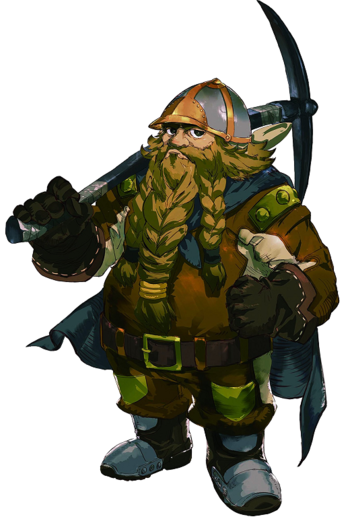 Gondo is a dwarf who wishes to revive runecraft, which most other dwarves have abandoned in favor of Tier Magic.

An area of wilderness between the Slane Theocracy and the Roble Holy Kingdom.

An army formed by Jaldabaoth out of numerous demi-human tribes.
In General
Bafolk
One of the residents of the Abelion Hills. Goatlike beastmen who are all fierce warriors.

The leader of the Bafolk. He has been acknowledged as a powerful fighter by the Holy Kingdom.

A country of elves that are currently at war with the Slane Theocracy.
In General
Elf King
The reviled king of the elves.

A country made up of beastmen. They are currently invading the Dragon Kingdom.

A nation found northwest of the Re-Estize Kingdom. It is ruled by a council of dragons.

A nation located east of the Baharuth Empire. It is a union of multiple races and cities.