The successor to the original Guild in the non-canon bonus volume. To return to the 41 Supreme Beings of Nazarick, click here.
In General
Satoru Suzuki/Momonga/1st Seat 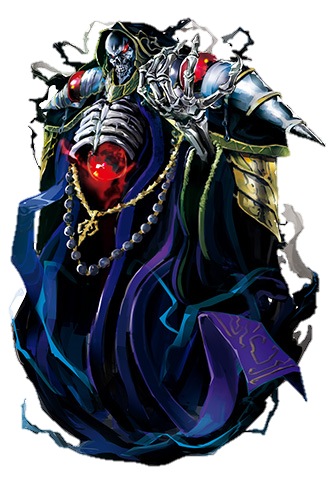 One of the two main protagonists in the Overlord Bonus Volume.

The other main protagonist in the Overlord Bonus Volume.