The following page contains the monsters and creatures used various times in the light novel Overlord by the Great Tomb of Nazarick. 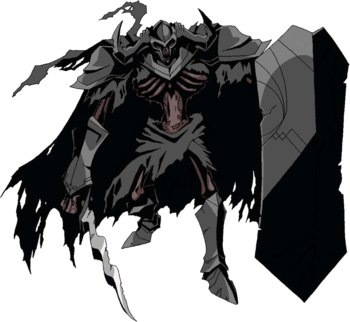 One of Ainz's favorite summons.
Eight-Edge Assassin
Insectoid monsters who serve as guards in Nazarick. They are capable of invisibility and specialize in ambush attacks.
Shadow Demon 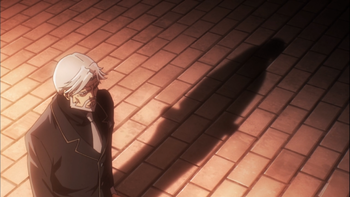 Monsters that act as private guards for people outside of Nazarick.
Advertisement:
Nazarick Old/Elder/Master Guarder
Elite skeletons with enchanted armor and weapons that defend Nazarick. Old Guarders are the weakest, followed by Elder and Master Guarders.
Bicorn 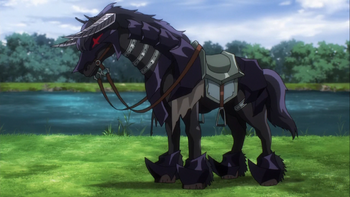 A demonic steed that Albedo can summon.
Redcaps
Goblins who wear red caps and wield scythes.
Soul Eaters
Undead that take the form of skeletal horses.
Dark Young
A high-level monster summoned by the Super-tier spell "Ia Shub Niggurath". The number of Dark Young summoned is proportionate to the number of victims killed by the spell's initial damage.
Advertisement:
Hanzo
Ninja-like monsters that can be summoned.
Doppelgänger
Shapeshifters that act when deception is needed, such as with replacing other people.