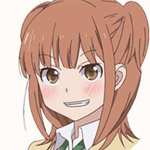 A second-year student at Fujisaki Girls Academy. Her tomboyish and rebellious personality made her one of the most popular students in the school, and her hanging out with boys in elementary school started rumors that she has had a very successful love life. After a chance meeting where she caught Maki kissing a body pillow in the Student Council office, she gets conscripted as the Council President's Assistant, and provides Maki with "expert opinions" for her Love Research. This is all despite the fact that she has never dated a single boy. 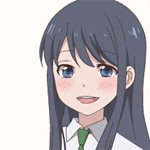 A second-year student at Fujisaki Girls Academy, and an unbelievably competent Student Council President, who is capable of taking up all the responsibilities of the entire Student Council by herself. However, her cool, competent demeanor quickly disappears when you realize that she's a huge Cloudcuckoolander that is obsessed with an idealistic understanding of romance. She even has a body pillow with a caricature of her "ideal love interest" on it named "Huggy" (Dakkii in Japanese), which she uses to practice kissing. 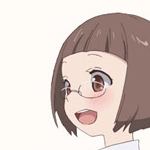 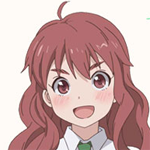 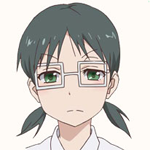 Voiced by: Akeno Watanabe (Drama CD) and Taichi You (Anime)

A bespectacled third-year student at Fujisaki Girls Academy, former Student Council Treasurer, and Yuiko's lifelong friend. She's well-known for being a miser who has a weird fascination with money, and has openly stated that she only became treasurer so she could handle the funds distributed to the various clubs. Before the series started, Maki dismissed her because this behavior creeped her out, but she returns to her original position when Enomoto becomes Vice President. She's also the only member of the student council to be in a relationship with a guy, a fact which they have to keep secret from Fujisaki's staff. 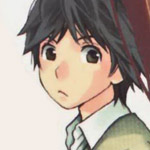 Voiced by: Takahiro Mizushima
Riko's childhood friend and former football teammate. He goes to the same cram school as Yan and Mika. Yan eventually replaces South Middle's treasurer with him after the former tried to take pictures of Fujisaki's student council. 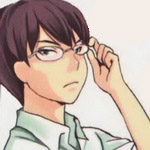 Voiced by: Yoshitsugu Matsuoka
The Vice-President of Minami Middle School's Student Council. He goes to the same cram school as Nagi and Mika. 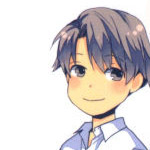 Voiced by: Chuna
Member of the newspaper association, used to be classmate with Sayo in public elementary school.

Voiced by: Rina Hidaka.
Member and the photographer of the newspaper association.

Voiced by: Suwa Ayaka
Riko's friend and classmate, goes to the same cram school as Nagi and Yan. She joined the newspaper association in vol. 7.
Other Characters

Maki's father, he is the president of "True Tree" lingerie company.

Suzu's older brother. He works as an illustrator in Mars Design Company.