The distinct groups, organizations, civilizations and tribes that co-exist alongside, or live within the Kingdom of Hallownest. These groups are mostly territorial in nature, and had developed their own societies apart from the influence of the kingdom.
open/close all folders

Snail Shamans
A tribe of snail creatures knowledgeable about the Soul and capable of channeling spells using it. Unfortunately, only one of them remains during the course of the game. 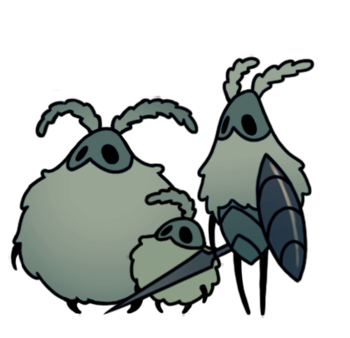 A group of bugs worshipping Unn, a Higher Being dwelling somewhere in the Greenpath. They were allied with the Kingdom of Hallownest and agreed to have paths build in their territory, as long as they could attack anyone moving away into the wilderness itself. 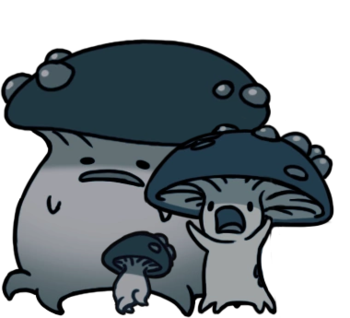 A tribe of sentient mushroom beings residing in Fungal Wastes. Despite not being bugs nor plants, the Fungal Tribe seems to have developed its own civilization and language, as written in their lore tablets. 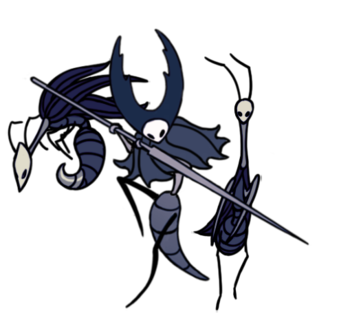 A tribe of warriors who managed to resist the Infestation and fall of Hallownest through sheer might and dedication to their lifestyle. Most of the mantises remained in their village located between the Fungal Wastes and Deepnest. 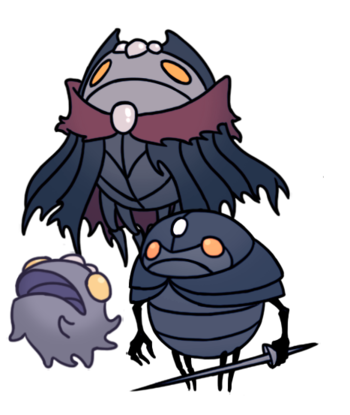 Intelligent bugs who secluded themselves in their sanctum and devoted their lives in researching soul in an attempt to cure the Radiance's infection. However, the Pale King began to oppose their researches as the scholars have been conducting experiments on bugs. Now driven by madness and the infection itself, the scholars went mad and believed that soul is the key to immortality. 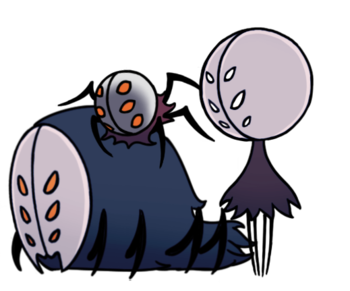 At the borders of Hallownest lives a tribe of spider-like bugs, hidden away in the Deepnest. The Weavers don't follow any of the laws of Hallownest and would happily catch, kill and eat any bug that dare stray into the darkness they inhabit. 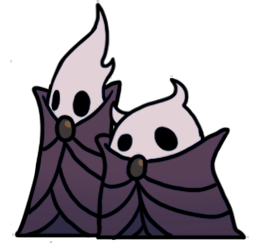 A group of strange bugs who are seen in the Distant Village, just below the entrance to the Beast's Den. 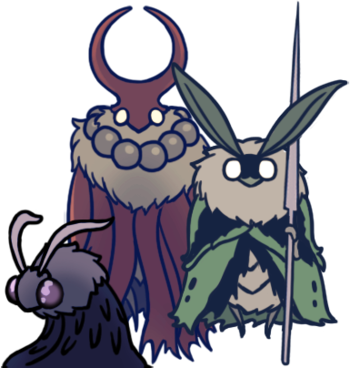 Ancient beings created by The Radiance and knowledgeable in the manipulation of dreams.

Ghosts in the Spirits' Glade
Deceased insects whose lingering ghosts are still found in the cemetery of Hallownest, the Spirits' Glade. For as long as the glade still houses the likes of such ghosts, Revek will keep on performing his duty of protecting them. 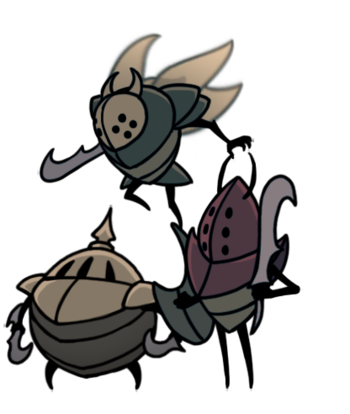 The Colosseum seems to be one of the few still-functioning tribes in Hallownest; a huge arena where gladiators travel from far and wide to test their mettle. 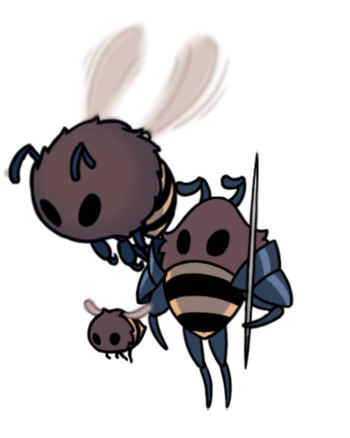 Sentient bugs that live in the Hive located below the Kingdom's Edge. They have rejected the Pale King's quest and secluded themselves to their own businesses. Unfortunately, Vespa's death weakened the Hive and exposed it to the infection outside. 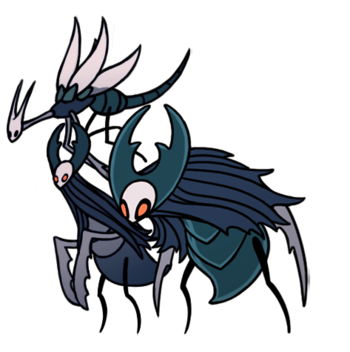 Unfortunately, a group of mantises were also cast away from their village and branded as traitors for embracing the Infection. 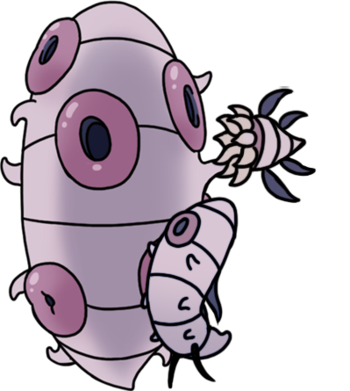 Worm-like, parasitic creatures residing only in the damp Royal Waterways. Most of them are driven mad by the infection now, only wanting to breed even more. There is an uninfected fluke out of them however, the Fluke Hermit. But even it holds the desire to expand their numbers. 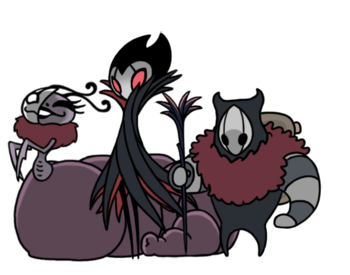 A travelling group of performer bugs, who evoke a theme of circus plays, conducting tents, music and plays to the kingdoms that they visit. Their leader Grimm, states that there is a reason for the troupe to choose "dying kingdoms" as their destinations. However, there is actually a secret held within the entire troupe, with all of them being slaves of something more powerful working behind the scenes. 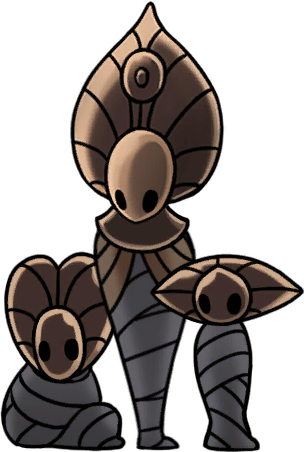 A travelling tribe of strange bugs who want to seek gods and attune to other living creatures, wishing to ascend to a higher state. During the events of the game, only one Godseeker can be interacted with in the physical world, the rest of her tribe now reside within the Godhome, a place located in her dream.