Video Game / Mark of the Ninja 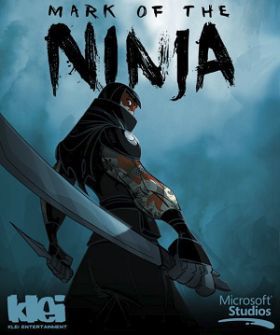 Mark of the Ninja is a Stealth Based Platform Game developed by Klei Entertainment and released on Xbox Live Arcade, and later on Steam. The player takes on the role of a Ninja of the Hisomu Clan who must track and slay the man responsible for the decimation of his clan through modern cityscapes, employing all his stealth abilities and quasi-magical feats granted to him by a mystical tattoo.
Advertisement:

Published by Microsoft Studios, the game was released on September 7, 2012, and a DLC was released on August 16, 2013. An enhanced version for PlayStation 4, Xbox One, and Nintendo Switch scheduled to be released in Fall of 2018, thanks to the rights to the game lapsing from Microsoft back to Klei.

Mark of the Ninja provides examples of: