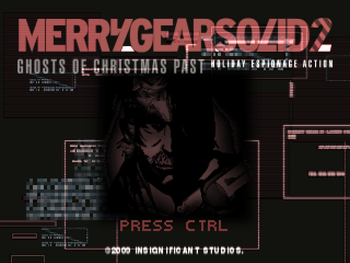 Merry Gear?!
Merry Gear Solid is a fan-made freeware game Affectionate Parody of the Metal Gear series and Christmas Specials of all kinds, by the creator of The Underside. There are two games:
Advertisement:
Advertisement: