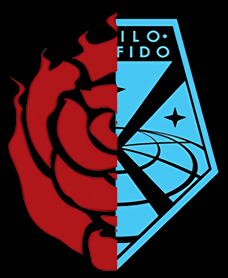 It has also spawned a Recursive Fanfiction that has gained the approval of the original fanfic's author, that is a continuation of Things XCOM Operatives Are No Longer Allowed to Do that can be accessed here

, as well as an Alternate Continuity prequel in the form of The Bureau: Summer Declassified, and even an ongoing play-by-post role-playing game, affectionately known as RPGCOM

, hosted on a sister Discord server taking place alongside it.