Fanfic / Abigail and the Rats of NIMH 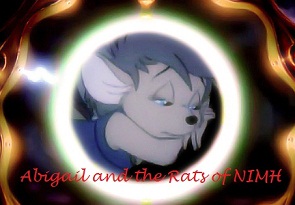 A crossover fanfic by Masked Bard that links several movies and series featuring rodents, namely Once Upon a Forest, The Secret of NIMH, Chip 'n Dale: Rescue Rangers, and The Rescuers.

A month after the ecological disaster that wreaked havoc on Dapplewood, the forest denizens face a new threat; scientists from NIMH, who received word from cleanup crews on the strangely advanced dwellings the animals lived in. What follows is a disaster that threatens the lives of every sentient rodent. Dapplewood is ransacked by NIMH's scientists, thinking it to be the dwelling of the intelligent rats that escaped their facility years earlier, that is until they find more than just rats living in an intelligent manner. The furlings, a group of four young forest creatures, are forced to journey alone as refugees, in a frantic and seemingly hopeless search for their families.

The complete fanfic can be read on FanFiction.Net here