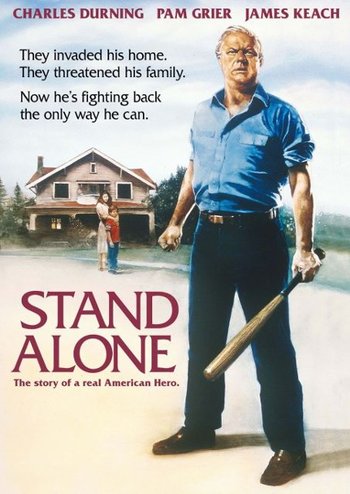 The story concerns Louis Thibideaux (Durning), a World War II veteran currently living in Los Angeles with his grandson and daughter-in-law. When he witnesses the assassination of a gang member by a rival drug gang, Louis helps the police any way he can. When the gang beats up his war buddy and threatens his family, Louis takes them on as only a war veteran can.

Noto be confused with I Stand Alone, the shocking French film by Gaspar Noé.

Tropes featured in Stand Alone include: