Fanfic / A World of Bloody Evolution 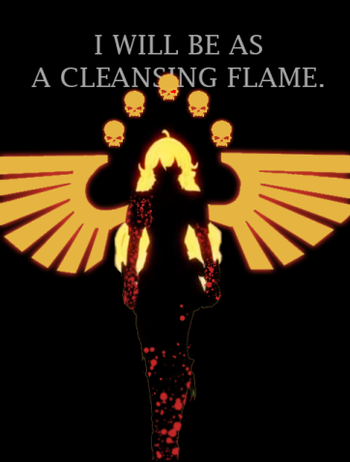 Time to bring the Yang.note Design by Red Rum Sprinkles

A World of Bloody Evolution is a RWBY/Warhammer 40,000 crossover fanfic by Red Rum Sprinkles.

Set presumably after the events of RWBY, Yang finds herself in the Warhammer 40,000 universe.

The fanfic can read in FF.net