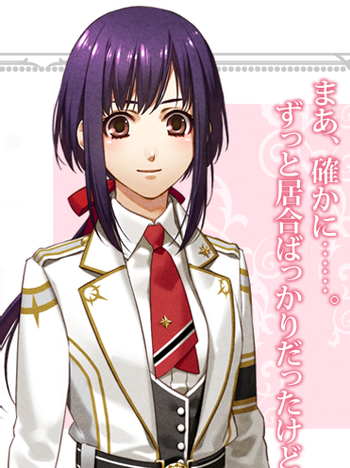 The heroine of Kamigami no Asobi. She is an ordinary high school girl and the daughter of a Shinto shrine priest. One day, she finds herself whisked away to a magical school when she comes in contact with a mysterious sword in the shrine's storeroom. Zeus, the headmaster, has placed Yui at the school with the purpose of teaching several troublesome gods about humanity and love, in order to repair the weakening bond between humans and gods. It's up to Yui to teach these gods the Power of Love. 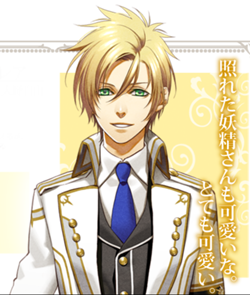 The cheerful and kind Greek God of the Sun. He's very enthusiastic about most activities and has a very optimistic view of the world, choosing to follow the rules of the Academy and doing his best to graduate with everyone. Being the Student Council President, he tries to get the less cooperative gods to participate in activities and learn more about human society. As in the myths, he is the son of Zeus, nephew of Hades and half-brother of Dionysus. 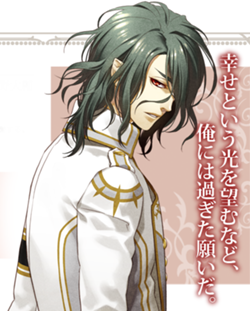 The Greek God of The Underworld, he's Apollon and Dionysus' uncle and Zeus' older brother. Solitary and rather gloomy, he dislikes being approached and insists that misfortune is to befall on those who seek his companionship. However, he hides a much gentler side and good reasons to push everyone away. 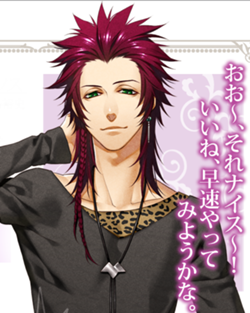 The Greek God of Wine and Fertility, he's Zeus' son, Hades' nephew and Apollon's half-brother. Laidback, flirty and cheerful, he is good-natured and likes to take things easy. He sees the Academy as a chore and considers assisting to classes a drag, but most of the time follows along anyway. 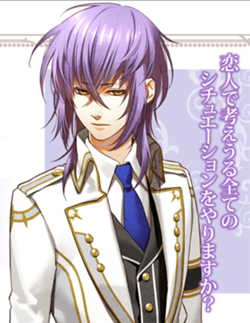 Tsukiyomi-no-Mikoto, the Japanese God of the Moon and Takeru's older brother. He is the exact opposite of his brother in terms of personality: calm, serious and incredibly hardworking. He takes great care to fulfill any task given to him and sees everything as a duty, very often neglecting his health, well being or other personal gratification in order to follow orders to the best. 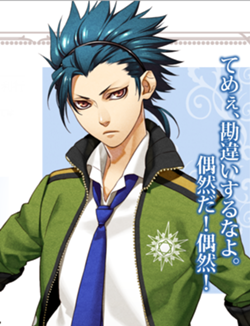 Susanoo-no-Mikoto, the Japanese God of the Sea and Storms, and Tsukito's younger brother. Hot-headed and temperamental, Takeru eschews the company of the other gods and Yui and is not shy about his dislike towards the Academy and whoever locked them there. He's a skilled swordsman and very protective of his brother. 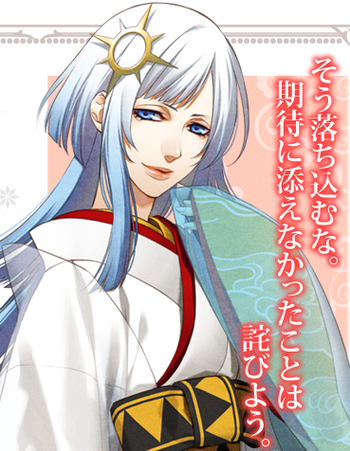 Amaterasu, the Japanese God of the Sun, and Tsukito and Takeru's older brother. 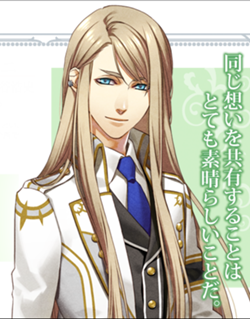 The gentle but clumsy Norse God of Light. Like Apollon, Balder is one of the more enthusiastic gods, motivated to enjoy learning more about human culture. He quickly takes an interest in Yui and quickly becomes jealous of the other gods. 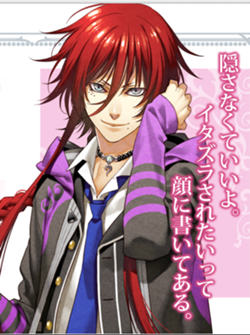 Norse God of Fire. Wild and energetic, he is a born prankster who always has a trick or two at hand. Dislikes following rules and being told what to do, refusing to participate in the Academy until his interest is caught. He's a childhood friend of Balder and Thor, and values his friendship with them very deeply. 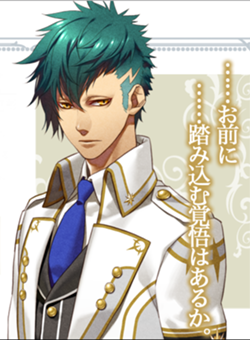 The Norse God of Thunder. Stoic and silent, he is a man of few words. Childhood friend of both Loki and Balder, he does his best to look after both of them and make sure they stay out of trouble, specially Loki. 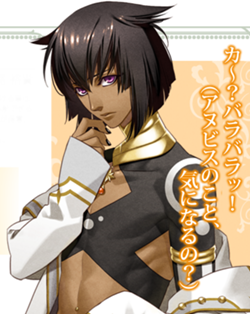 The Egyptian God of the Dead. Shy and quiet, he is the mysterious ninth student of the Academy that no one else seems to know about. His extreme shyness and fear of strangers make him avoid classes at all costs, preferring to spend his time outdoors, playing with animals, or inside the library keeping Thoth company. He sometimes has a rather wild behaviour reminiscent of a puppy, and speaks in a language that none other but Thoth can understand. 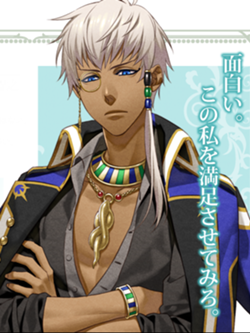 The Egyptian God of Knowledge, Wisdom and Creation. Stern, arrogant and proud, he was chosen by Zeus as the Academy's head teacher, being responsible for the education of Yui and the gods involved. His wisdom and knowledge are absolutely certain, however, he often provides little to no help to Yui whenever she needs advice. 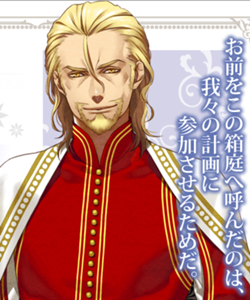 Voiced by: Hochu Otsuka (as an adult), Daisuke Sakaguchi (in his child form)

The ruler of Mt. Olympus and the Greek God of the Sky and Thunder. Younger brother of Hades and father of Apollon and Dionysus, he is the headmaster of the school Yui finds herself teleported to. His plan is to trap the gods and Yui at the school until they form bonds that help the chosen gods avoid terrible fates they are destined to fulfil. If the container that represents said bonds isn't completely filled within a year, then Zeus will trap the inhabitants at the school forever. 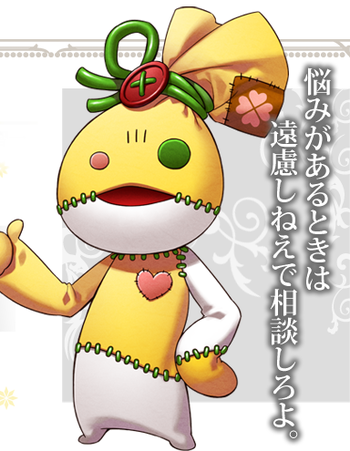 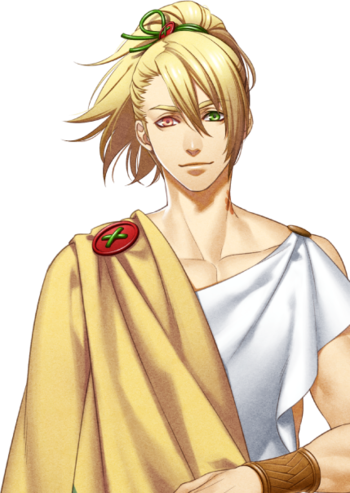 A doll created by Zeus to look after Yui while at the school. He lives in a dollhouse in Yui's dorm room.