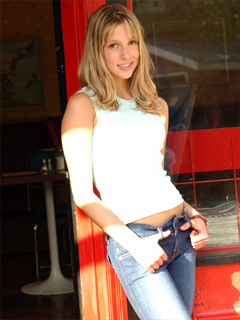 Emma Nelson
Played by Miriam McDonald, Seasons 1-9 (regular), 15 (guest)
“I can’t apologize for doing something I believe in.”

Emma is the daughter of Spike Nelson and Shane McKay, and step-daughter of Snake, all from Degrassi Junior High. Emma is highly idealistic with strong opinions and a desire to help others in need. She is an staunch environmentalist, and many of her causes correlate with this. In season 4, she undergoes a radical makeover, as she ditches her dorky cause girl gear and starts dressing like the popular girls. She ditches her friends and starts to hang out with the popular kids, until she realizes she can't change who she is and defends Rick, which doesn't save her when Rick brings a gun to school. She was one of the many students affected by the school shooting in season four, which left her lost and questioning who she was, and turning to questionable methods to deal with her PTSD. In season five, she developed an eating disorder due to her control issues and trouble at home. Her biggest love relationship in the show was with Sean Cameron, a troubled young man. They dated on and off since season 2 and their relationship went through tremendous highs and lows before it finally ended in season 7 when Sean went off to the military. In season nine, she dropped out of Smithdale University due to stress and to re-evaluate her future goals. She marries Spinner Mason at the end of season nine, after realizing she loved him. No, really. 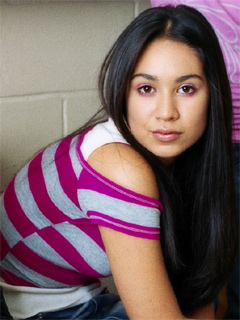 Manuella "Manny" Santos
Played by Cassie Steele, Seasons 1-9 (regular)
“Remember when you got your period in class and everyone was laughing in class and you just told them to shut up? I feel like that everyday, like everyone's joking about me and I can't get them to shut up.”

Manny is Emma's best friend who's been there for her since the beginning. She's sweet, cute and she has a idealistic view of romance, falling hard for Craig Manning in season two. In season three, she decided to start dressing provocatively in order to get attention from boys and bury her "cute" imagine. She gets Craig's attention and they end up sleeping together despite Craig having Ashley as a girlfriend. Afterward, she discovered she was pregnant and after much agonizing, she had an abortion but it left her with being known as the school slut. To put the drama behind her, she focuses on acting after realizing she loved it when she was part of the Jay and Silent Bob movie that filmed in Canada. In season 5, she ends up back in the arms of Craig. But unfortunately, he was into Ellie, which set off her insecurity. Much of her insecurity regarding her looks and self-worth are due to her oppressive father and Craig being emotionally distant from her during their relationship. In The Movie, she lands a role in Jason Mewes's Mewes-sical High. She now lives in Los Angeles and works as an actress but still has time to see Jay. 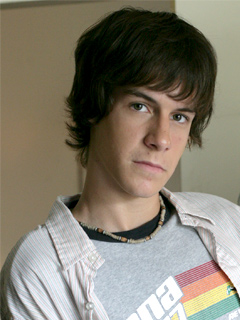 James Tiberius "J.T" Yorke
Played by Ryan Cooley, Seasons 1-6 (regular)
“If JT's death has taught me anything, it's that the worst mistakes are the ones you never learn from. And to never, ever take your friends for granted.”

Earlier in the show's run, JT was the class clown obsessed with the female anatomy and sex. He grew to be one of Degrassi's more popular students in season three, but all the while keeping his joking attitude. Despite his childish and immature antics, he was the apple of Liberty Van Zandt's eye. They eventually get together and starting dating in season 5 but then he accidentally gets Liberty pregnant. Neither he nor Liberty handle the situation very well, with JT resorting to stealing prescription drugs in order to provide for Liberty and the baby. It completely blows up in his face, he ends up on suicide watch after a drug overdose and Liberty gives up the baby for adoption. In season six, Mia Jones becomes his girlfriend but he still has lingering feelings for Liberty despite wanting to get away from their past baby drama. Even while dating Mia, JT realizes that he was still in love with Liberty, but unfortunately he was fatally stabbed by a Lakehurst student before he could confess that he still loved her. 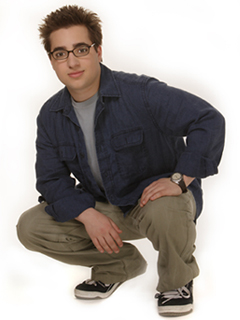 Toby is J.T.'s best friend, Ashely's step-brother, and nerdy to the extreme. He loves video games, computers, and anime. When J.T. begins to get more popular, their friendship drifts apart until both characters hit a low in season four and season five. In season four, his friend Rick shoots Jimmy in the Degrassi hallways and later ends up being accidentally shot and killed by Sean. In season six, J.T. is killed which pretty much means Toby is unlucky, to say the least. Throughout season six and seven, he expressed a lot anger toward Lakehurst High for "killing J.T.," but after time he came to terms with J.T.'s murder. He is one of the more level-headed characters at Degrassi, and doesn't mind the fact he is considered a huge nerd. 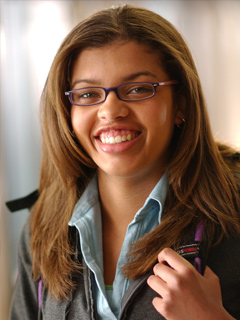 Liberty Van Zandt
Played by Sarah Barrable-Tishauer, Seasons 1-8 (regular), 9, 15 (guest)
“Liberty sees an opportunity, she goes for it. She’s like a rabid wolverine.”

Liberty is an intelligent young girl who skipped a gradenote which was seemingly retconned out later. Due to her intelligence being higher than her peers, she tends to be socially awkward and pompous of her own achievements. She is very serious-minded and despite this, she falls in love with class clown J.T. Yorke. In season five, she becomes pregnant by J.T. which caused a lot of strife within their relationship and they ended up splitting. J.T. gained a new girlfriend, but still had feelings for Liberty but was tragically killed before he confessed to Liberty. She grieves throughout season 6 and 7 before picking up the pieces and becoming valedictorian for the class of 2007. She ends up attending Smithdale University along with Manny and Emma. Liberty also has a younger brother, Danny. 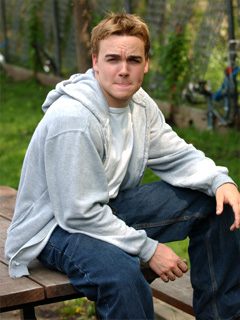 Sean is a troubled young man who ends up at Degrassi after being expelled from his old school for a violent incident. He immediately gets the interest of Emma, and in season two they become an item. He has a tendency to let his anger get the best of him, resulting in a lot of fights at school. Despite his anger problem, Sean is a sweetheart and tries desperately to hide that from the tough crowd he hangs with. In season three, he breaks up with Emma due to feeling like a hindrance in her life and starts a relationship with Ellie. When Rick shoots Jimmy then turns the gun to Emma in season four, Sean protects Emma but inadvertently kills Rick in the process. Shell-shocked, he retreats to Wasaga Beach where his parents live. He returns to Degrassi in season six and reunites with Emma, only to be thrown in jail for a non-lethal hit and run while street racing Peter Stone. After he gets out of prison, he rekindles his relationship with Emma but later joins the Canadian military despite Emma's wishes. 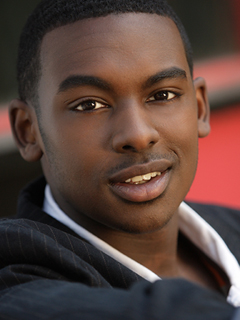 Damian Hayes
Played by Mazin Elsadig, Seasons 6 (recurring), 7(regular)
“This should be a contest between equals. But the truth about Damian Hayes is that his charm is all an act.”

Introduced in season six, and attended Degrassi in season 7 when his old high school Lakehurst burned down. He was friends with the boy who killed JT, but this is never extrapolated on much. He is a very ambitious guy and is very active in Lakehurst and Degrassi student government. He dates Emma, but later cheats on her with Liberty. He graduates along with the rest of the class of 2007 and attends Banting University.