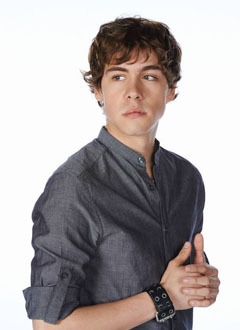 Elijah "Eli" Goldsworthy
Played by Munro Chambers, Season 10-12 (regular), 13 (recurring), 14 (regular)
"I put my feelings in my art, and that’s why doing what I do can be scary…because it comes from some place real."

Eli is dark and mysterious student introduced in season ten. He started a relationship with Clare Edwards after bringing her feelings out in a writing assignment. Eli harbored deep guilt over the death of his first girlfriend, Julia. Due to the guilt, he compulsively hoards and has sociopathic tendencies. But he is also intelligent, creative and funny which leads to Clare falling in love with him. She is also understanding of his issues, until a school bully interferes with their relationship. The worst side of Eli comes out and he scares Clare so badly she breaks it off with him. After the break up, Eli is despondent and on medication. When he is put in charge of the school play, he stopped taking his meds to flourish his creativity. After he has a meltdown on stage, he finally seeks help and is diagnosed as bipolar and works to overcome his illness with Clare by his side.

After high school, he attends New York University. While at university, his long distance relationship with Clare hits a snag when he admits he kissed another girl. Clare dumps him briefly, and has sex with Drew and she ends up pregnant. Eli was ready to leave Clare and her drama behind until he gets the news that Clare's baby is his. He's there for Clare throughout the pregnancy and supports her during her miscarriage. After Clare graduates, she decides to take a gap year to find herself and both she and Eli decide that their relationship is strong enough to handle more distance. 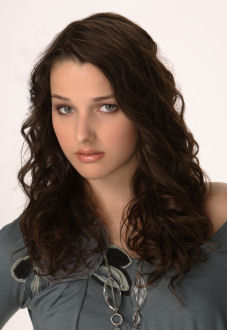 Fiona Coyne
Played by Annie Clark, Seasons 9-12 (regular)
“There's something wrong with me, Mom. Everyone knows it. And no amount of therapy's gonna change that.”

Unlike her twin brother Declan, Fiona isn't charming and sociable and deals with crippling loneliness. She had a dependency on Declan and couldn't stand to come second in his life. She also had a penchant for being a drama queen. In season ten, after some much needed therapy, she is a lot happier but unfortunately gained an abusive boyfriend. She later runs away to Toronto to find solace with Holly J and she transfers back to Degrassi. She was an alcoholic, and after her first stint in rehab and personal discovery, she comes to terms that she is a lesbian. Unfortunately due to all the time she missed, she has to repeat her senior year in season eleven. She is still very lonely and attaches herself too quickly to people, but she is in a better place emotionally, and has a found a new girlfriend in Imogen. Their romance ends after her senior year, but she looking forward to starting a fashion internship in Italy. 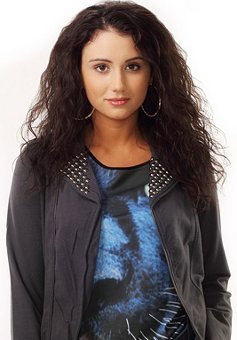 Bianca has a lot of attitude and comes with lot of trouble. She's dealt diet pills to Jenna, fought with Alli and gave Drew shrooms. She is also has no qualms with messing around with other girls' boyfriends, which leads to her less-than-stellar reputation. She actually has gang connections, something she wants to stay in the past. However, her past comes back and ensnares both her and Drew in her gang-banger world. She tries her best to shield Drew from the situation. She has a tough exterior, but she is very thankful for Drew's defense and is in love with him. She is now working on improving her situation and getting her life back on track. She was once engaged to Drew, but after coming home for Fall break, she dumps him due to her new found opportunities and wanting a break from her past. 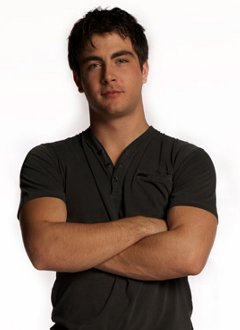 Owen Milligan
Played by Daniel Kelly, Season 10-12 (regular)
"The world is full of sharks, Tris. Unless you can adapt, you're gonna get eaten alive."

Owen is a jock at Degrassi. He doesn't have the best reputation with the female student body: he makes homophobic jokes, he nearly forced himself on Alli, and he is just a general creep. Despite his creeper status, Anya ends up dating him after he reveals he genuinely likes her. And he does care and love his little brother Tristan. He is a pervert and a jerk, but he does have a vulnerable side and can be a nice guy. It's just way, way, deep down. 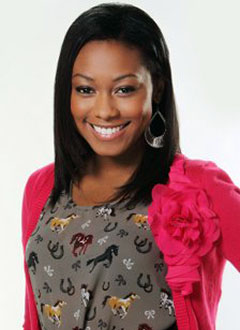 Marisol Lewis
Played by Shanice Banton, Season 10 (recurring), 11-12 (regular)
Jenna: “I used to be on Power Squad with Miss Flirty Flirt, KC. I know her type. I used to be her type!"

Marisol is one of the popular girls at Degrassi and on the Power Squad, and she's very bubbly and friendly. Marisol is more geared to the social aspects of Degrassi and she also loves to have fun. She is a major flirt, and comes in between KC and Jenna when KC is tired of his responsibilities as a teen father. She nearly ends her friendship with Katie over Drew (whom they were fighting to date), but she stays loyal to her friend to the end. Despite her fun-loving attitude and ditzy demeanor, she is also not hesitant to be the Alpha Bitch at Degrassi. 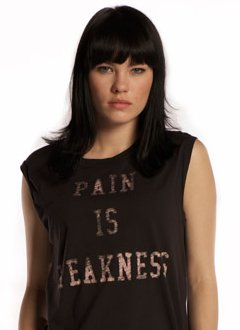 Katie is editor at the Degrassi Daily newspaper, Student Council President, and an accomplished soccer player. She's spent most of her life preparing for the Under 17 National Soccer Team. She's driven and focused but sometimes steps over other people's emotions, or her own by being blunt and direct. Her mother also has multiple sclerosis, something Katie might possibly inherit which hangs over her head. Katie is also a recovering bulimic, and gets addicted to pain medication and she's sent straight to rehab after an overdose. After rehab and being dumped by Drew, the social pressure is alleviated and she re-invented herself with a new look. She starts dating Jake, but that goes south after she nearly has sex for money. After dealing with her issues, she's on friendly terms with Jake, set for Stanford University and even getting back into soccer, with help from her sister, Maya. 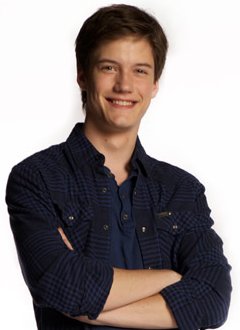 Jake Martin
Played by Justin Kelly, Season 11-12 (regular)
“So, should we make out? I bet it'd make your ex really jealous.”

Jake is a New Transfer Student to Degrassi in season eleven. He is a laid back, outdoorsy person with a great physique and a big appetite. He and Clare start a casual fling in order for her to get over Eli and their fling turns into something serious...they just have to get around their parents, who are also dating. Their parents eventually marry and Jake breaks up with Clare to avoid their relationship getting too weird. He is shown to be environmentally conscious and hopes to start green, low-energy building projects after he graduates. 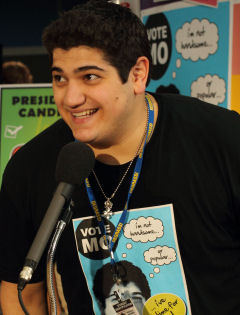 Mohammed "Mo" Mashkour
Played by Jake Neayem, Season 11-12 (regular), 15 (guest)
"I have 2 promises; to bring french fries back to the school caf, and I am not going to hook up with your boyfriend."

Mo is a student at Degrassi who seems really eager to hook up Sav and Ms. Oh. He is really talented at music and has a habit of being snarky. He has an easygoing attitude and very easy to get along with. He is also the leader of WhisperHug, Degrassi's newest band. He and Marisol being dating in season eleven.