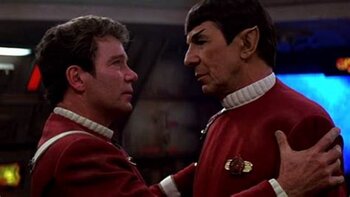 "Come on. Spock... Why didn't you jump in?"
Advertisement:
open/close all folders
The Original Series
The Next Generation
Deep Space Nine
Voyager
Advertisement:
Enterprise
Discovery
Picard