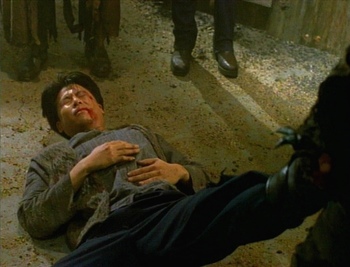 On a planet, Tom Paris and Harry Kim are arrested for a crime they didn't commit and sentenced to the Chute — the doorway to a brutal prison. As Voyager attempts to rescue them, Tom and Harry struggle against the inmates and the implants they've received to remain alive and human.