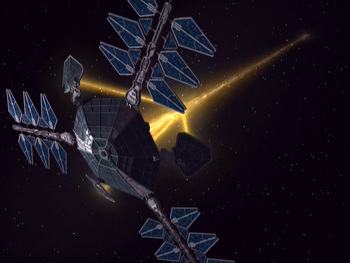 "Starfleet Command to USS Voyager. Come in, Voyager. Voyager, do you hear me? This is Lieutenant Reginald Barclay."

No, not that pathfinder. Ahem, anyway, on Earth, former Enterprise crewman Reg Barclay is obsessed with Voyager while he develops an experimental deep-space communications device to find them and asks his friend and former Counselor Deanna Troi for help.