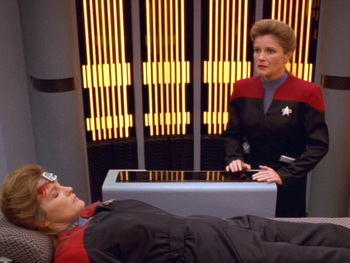 RIP Captain Kathryn Janeway; loving sister, devoted leader. Sucked back like a hundred coffees a day.
Captain Janeway is seemingly killed in a shuttle crash and her consciousness remains behind as she refuses to believe she is dead.