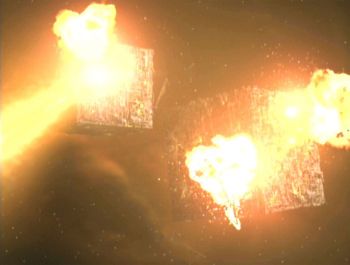 Resistance is not futile.
Advertisement:

You gotta have some serious Awesome in you to survive in the Delta Quadrant, and the Voyager crew definitely had their fair share.