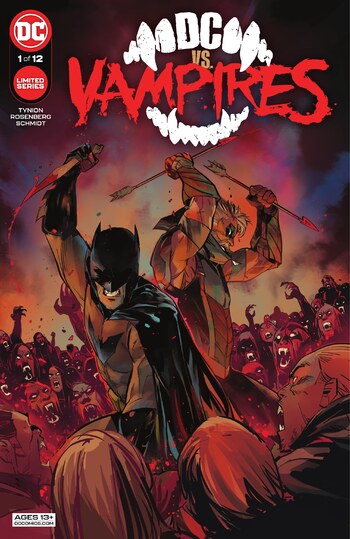 I realized the goal was not to start a war... their goal is the genocide of the human race
Advertisement:

DC Vs. Vampires is a 2021 comic book maxiseries published by DC Comics.

Written by James Tynion IV and Matthew Rosenberg, with Otto Schmidt on art duties, it depicts an Elseworld where the Justice League must face a secret army of vampires, leaving our heroes unsure of who they can trust.